Etymology. The name Erudanus, the River, refers to one of the southern constellations.

Remarks. The present new species is close to G. atua  n. sp. from the French Polynesia but the two can be easily distinguished by the following characters:

The new species is also close to G. m a r i a e n. sp. from the French Polynesia, New Caledonia and Maldive Islands, and G. whiteleggi Grant & McCulloch, 1906  from Australia (see Remarks for these species). The specimens from the two far distant localities are similar, without clear morphological differences. Unfortunately no molecular sequences are available. 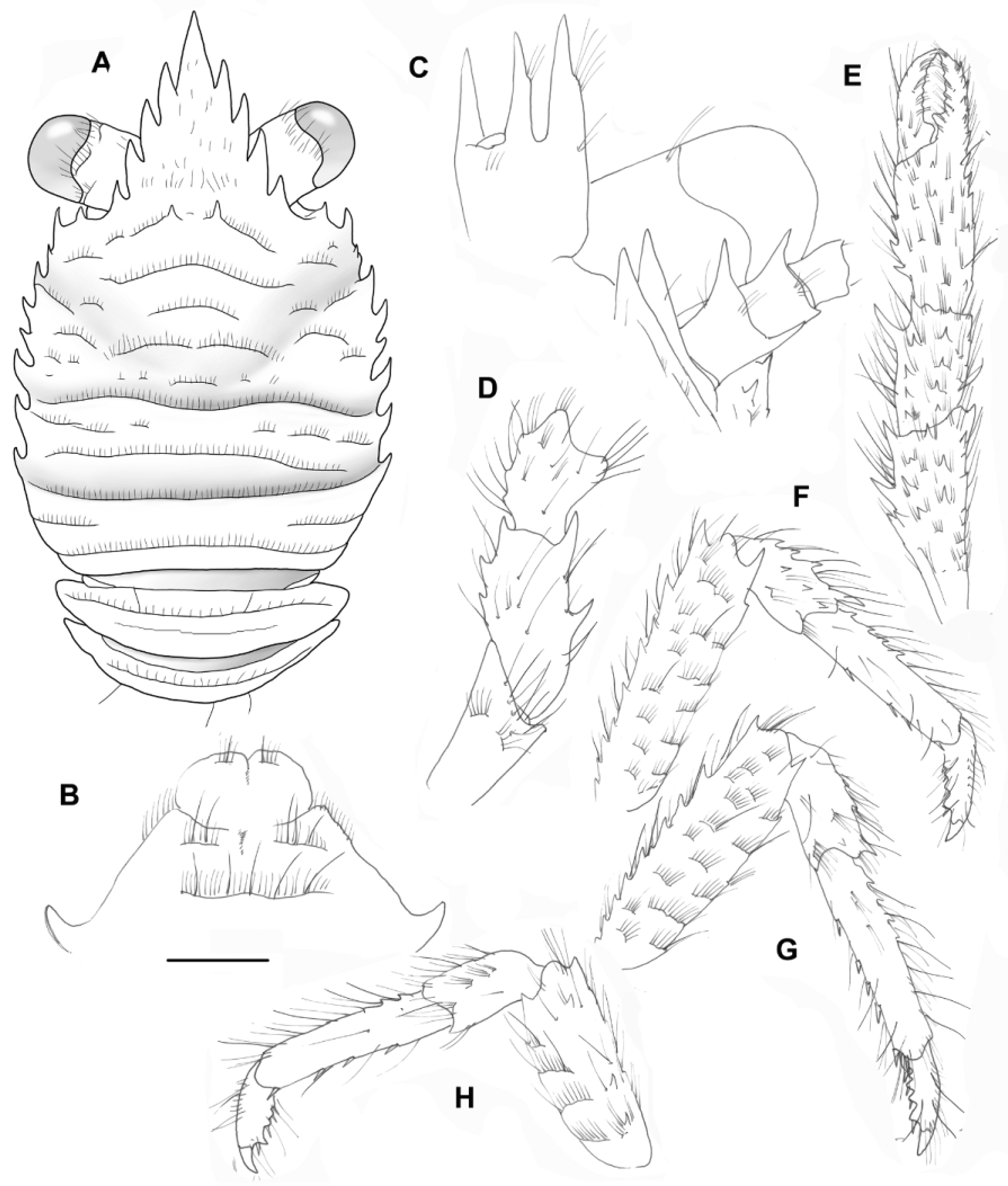