Etymology. From the Latin gnomus, dwarf, in reference to the small size of the species.

Antennule: Article 1 with 3 well-developed distal spines, distodorsal larger than others. Ultimate article with a few short fine setae not in tuft on distodorsal margin.

Remarks. Galathea gnoma  n. sp. is most closely related to G. denticulata Macpherson & Cleva. 2010  from Mayotte Island. The two species can be distinguished by the following characters:

The new species is also close to G. p a r v u l a (see under Remarks of this latter species).

No genetic data for G. gnoma  are available. 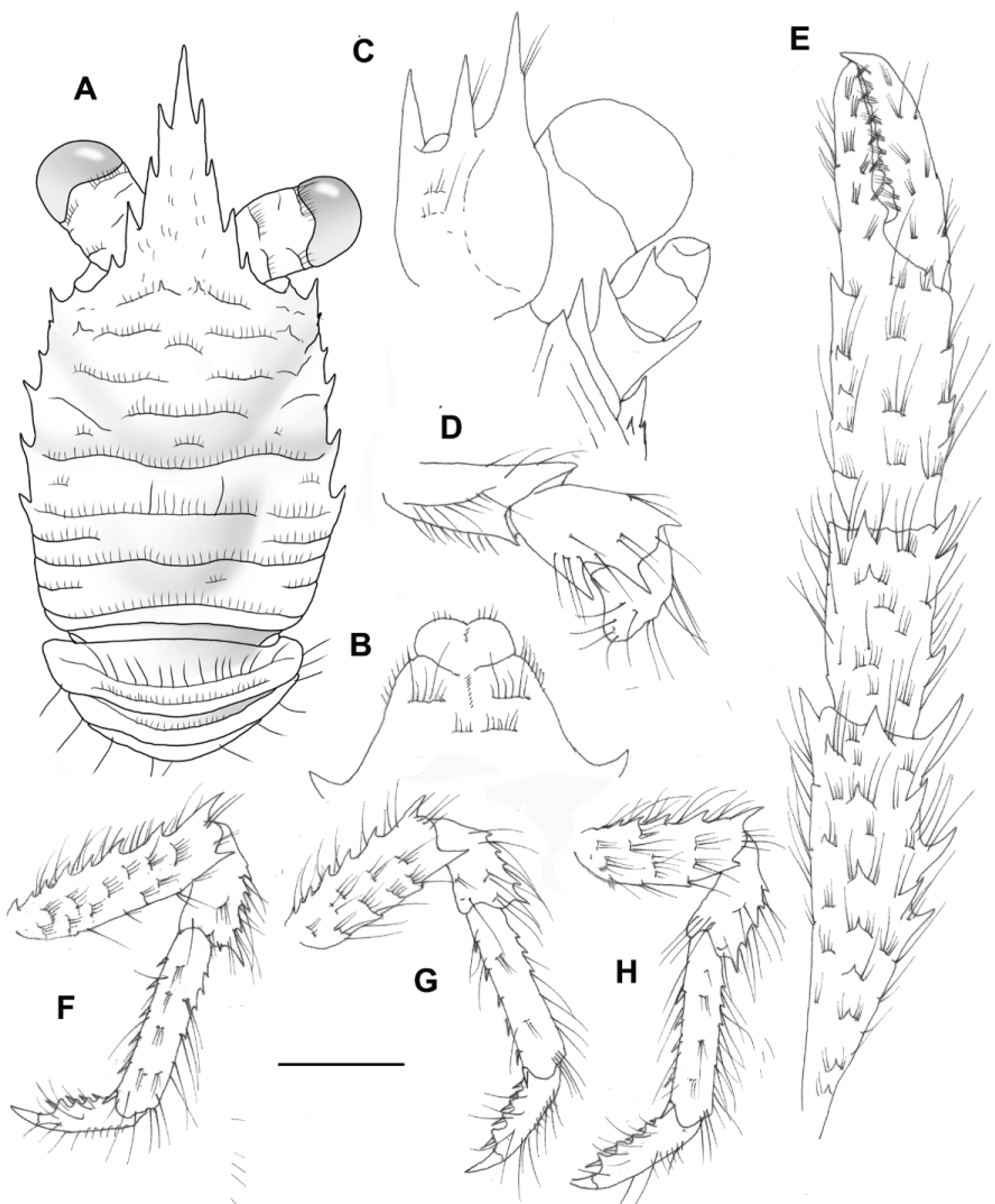