Abdomen: Somites 2–4 with 2 uninterrupted transverse ridges on tergite; somites 5–6 each with 2 interrupted ridges, posteriormedian margin of somite 6 straight. Males with G 1 and G 2.

Antennule: Article 1 with 3 well-developed distal spines, distodorsal larger than others. Ultimate article with a few fine setae not in tuft on distodorsal margin.

Remarks. Galathea galene  n. sp. is closest to G. raventosae Macpherson, 2012  from the Philippines to New Caledonia but the two species can be easily distinguished by the following characters:

Galathea galene  is also similar to G. balssi  , but easily differentiated from the latter by the following features:

- The branchial regions of the carapace have six to eight ridges in G. balssi  , whereas there areonly five ridges in G. g a l e n e.

- The flexor margin of Mxp 3 merus has a long median spine in G. balssi  , whereas this spine is clearly smaller in G. g a l e n e. 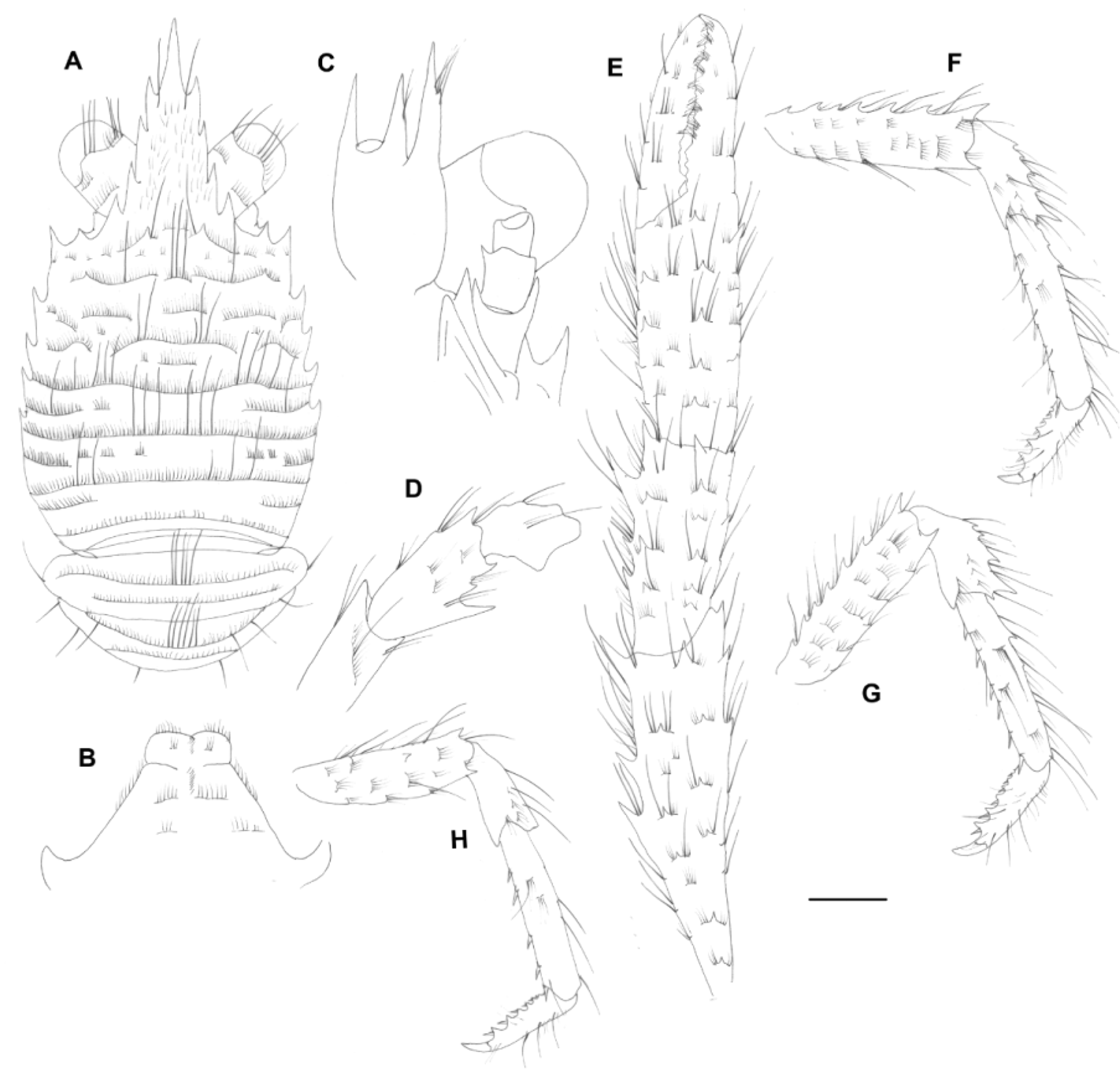 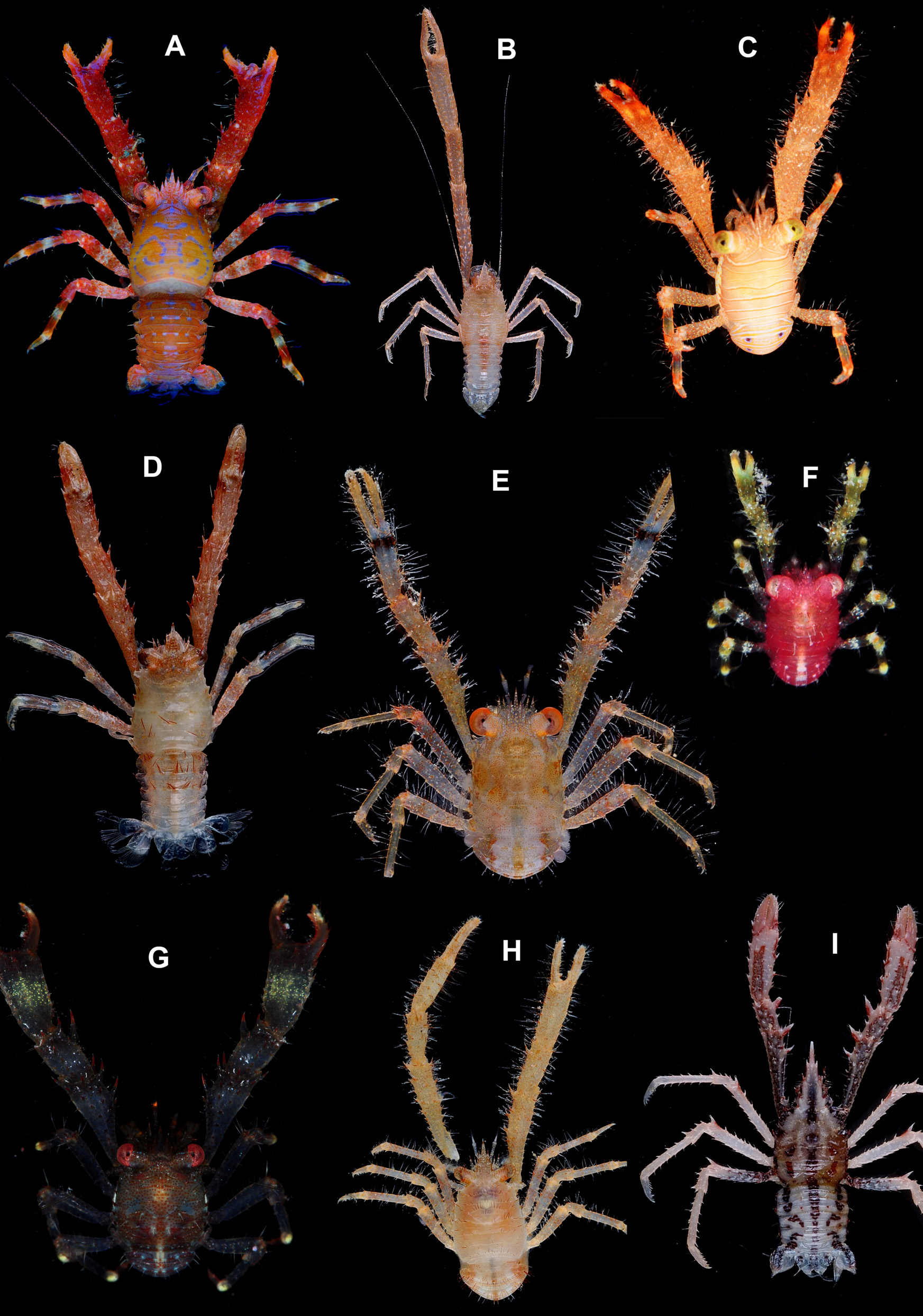