Etymology. The name Hydra  , the Sea Serpent, refers to one of the southern hemisphere constellations.

- The distal angle of the flexor margin of the P 2–4 meri has two spines in G. hydrae  , instead of one spine only in the other species.

This new species was previously identified with G. dispersa Bate, 1859  , by Barnard (1950) and Tirmizi & Javed (1993). Galathea dispersa  is a common species distributed from the north-east Atlantic and the Mediterranean Sea, and it can be distinguished from G. hydrae  by the number of transverse ridges on the carapace and abdomen, more numerous en G. dispersa  than in G. hydrae  . Furthermore, G. hydrae  has one parahepatic spine on each side, which is absent in G. dispersa  . 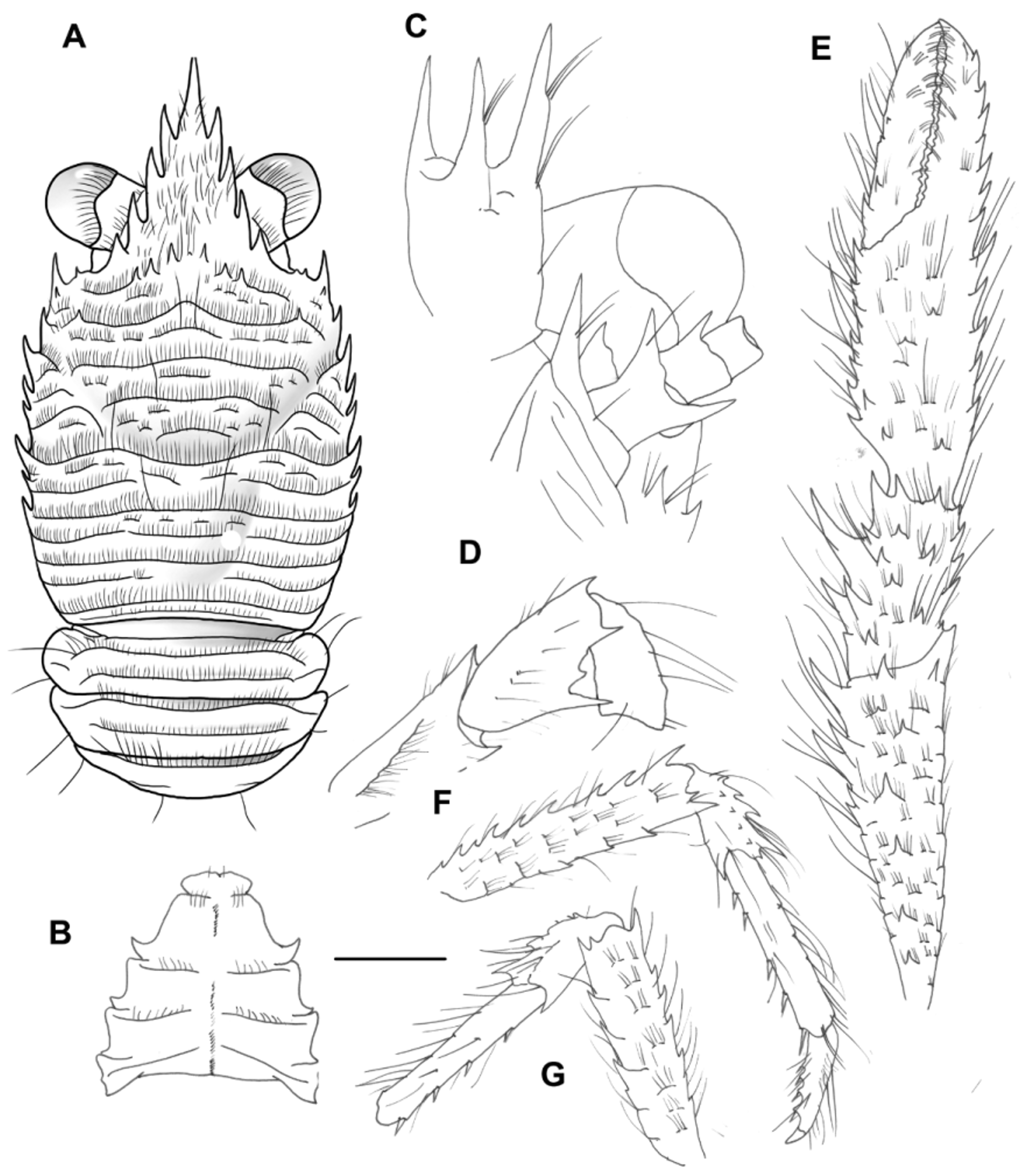