Etymology. This species is dedicated to Ferran Palero of the University of Valencia, for his support in my work and his contributions to crustacean research.

Abdomen: Somites 2–4 each with 2 or 3 uninterrupted transverse ridges on tergite; somites 5 and 6 each with 2 medially interrupted ridges, posteromedian margin of somite 6 slightly convex.

P 1: 2.4 times carapace length, with numerous setiferous scales, and some scattered long setae. Merus 0.8 times carapace length, 1.3 times as long as carpus, with some spines, dorsomesial and distal spines stronger than others. Carpus as long as palm, 2.3 times as long as broad; dorsal surface with some small spines; mesial margin with row of spines, distal second much stronger than others. Palm 1.9 times longer than broad, lateral and mesial margins subparallel; small spines arranged roughly in dorsal, dorsolateral and dorsomesial rows. Fingers as long as palm, unarmed, each finger distally with two rows of teeth, spooned.

Remarks. The new species is closely related to G. anepipoda Baba, 1990  , from Madagascar. Both species can be distinsguished by the following aspects:

- The carapace and abdomen have numerous, long and thick, iridescent setae in the new species, whereas these setae are very scarce in G. anepipoda  .

The specimens from the East China Sea, referred to G. anepipoda  by Dong & Li (2010), it might belong to this new species. According to the illustrations provided by these authors, the long setae and transverse ridges on the carapace are less numerous in these specimens than in the new species. In order to establish the specific identity of Dong & Li’s (2010) specimens, direct comparison would be necessary. The material from Sagami Bay, Japan, and Kei Islands ( Baba 2005), and identified as G. anepipoda  , could be also related to the new species. Additional material and a more complete comparison is needed to confirm the identity of these occurrences. No genetic data are available from G. paleroi  . 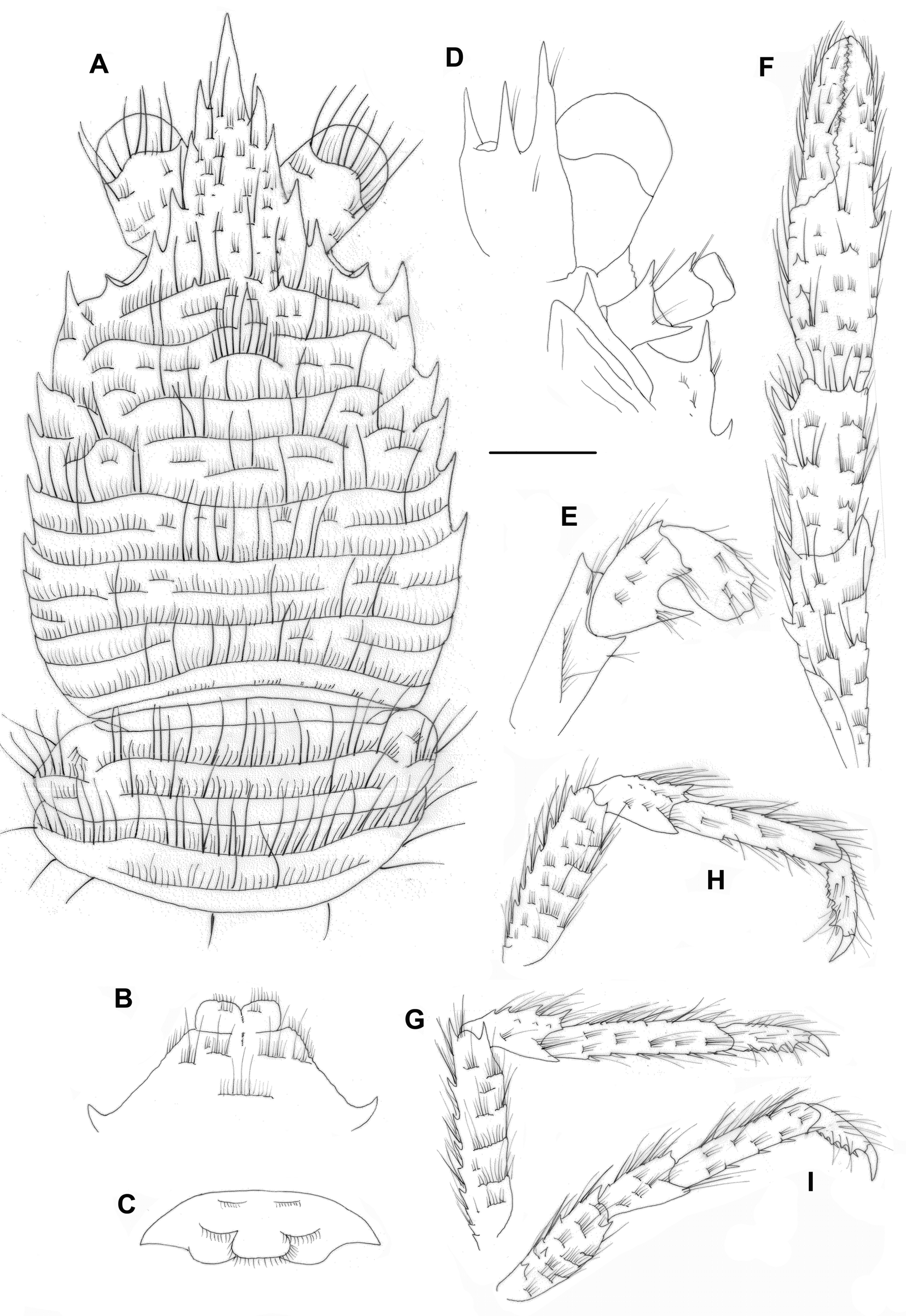