Etymology. This species is dedicated to Sarah Samadi of the Muséum nationale d’Histoire Naturelle, Paris, for her support to expeditions and crustacean research.

Abdomen: Somites 2–4 each with 3 uninterrupted transverse ridges on tergite; somites 5 and 6 each with 2 ridges, both medially interrupted. Males with G 1 and G 2.

Epipods present only on P 1.

Remarks. Galathea samadiae  n. sp. is closest to G. echinata Macpherson, 2012  from New Caledonia. The two species can be distinsguished by the following characters: 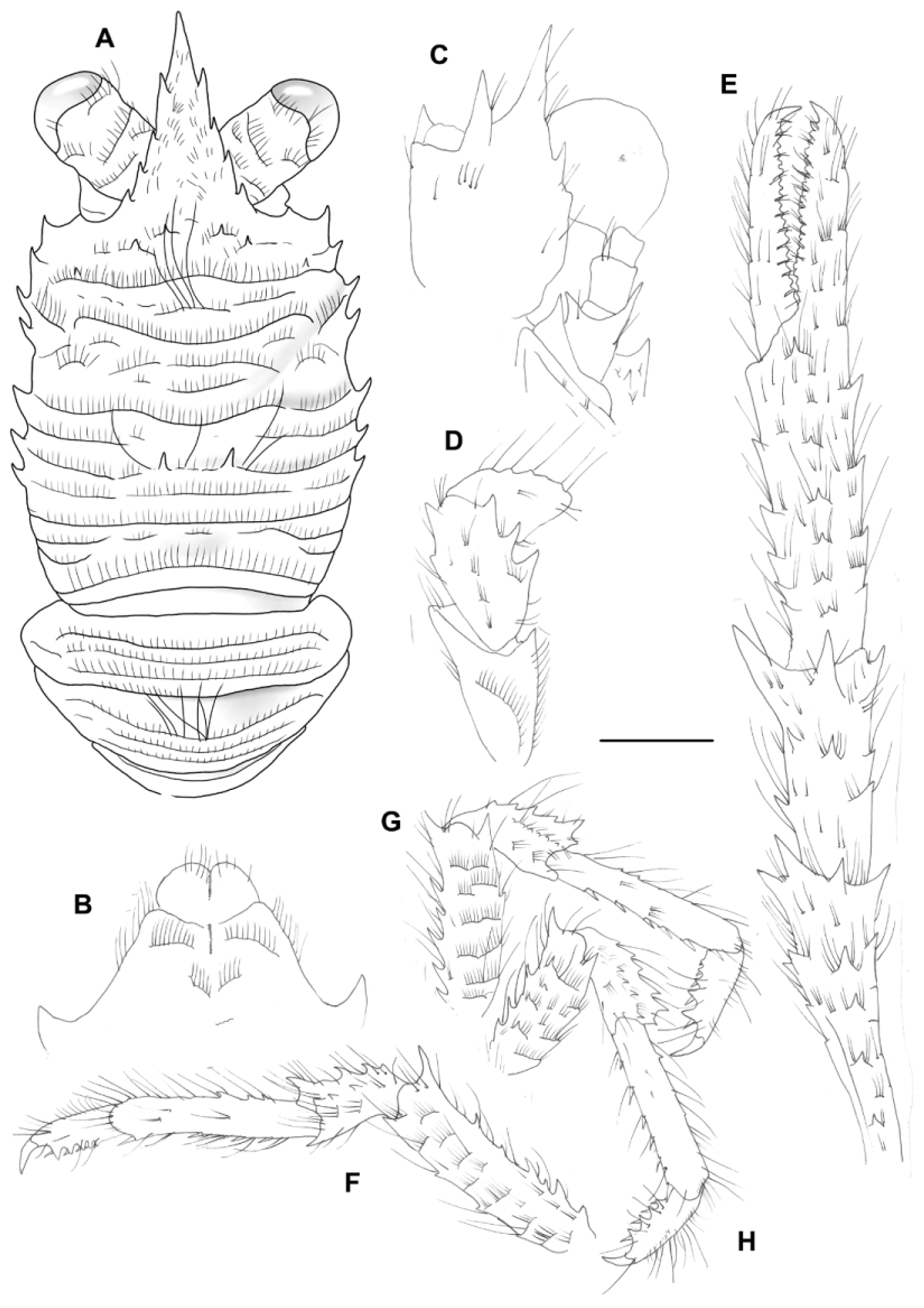