Remarks. Galathea whiteleggii  was described on the basis of two specimens collected from New South Wales, Australia. Since then, the species has been recorded from other localities: Queensland ( McNeill 1968; Haig 1973), southern Arabian Sea ( Tirmizi 1966), Bay of Bengal ( Tirmizi & Javed 1993), South China Sea ( Dong & Li 2010). The accounts and illustrations provided by above authors clearly suggest that their specimens belong to different species. As described above, G. whiteleggii  is characterized by the absence of hepatic and parahepatic spines on the carapace. These spines (one or both) are present in the material collected by the above mentioned authors, indicating that they are not G. whiteleggii  . We did not examine those published specimens, and then identities of vast majority of them remain to be verified. Nevertheless, the specimens reported from the South China Sea by Dong & Li (2010) could be referred to G. halia  n. sp.

Galathea whiteleggii  resembles G. atua  n.sp. from the French Polynesia, however, G. whiteleggii  is easily differentiated from this species by the following features:

- The anterior metagastric ridge is uninterrupted, continuing laterally to anteriorbranchial ridges, in G. whiteleggii  , whereas this ridge is laterally interrupted in G. a t u a.

No genetic data are available for G. whiteleggii  . 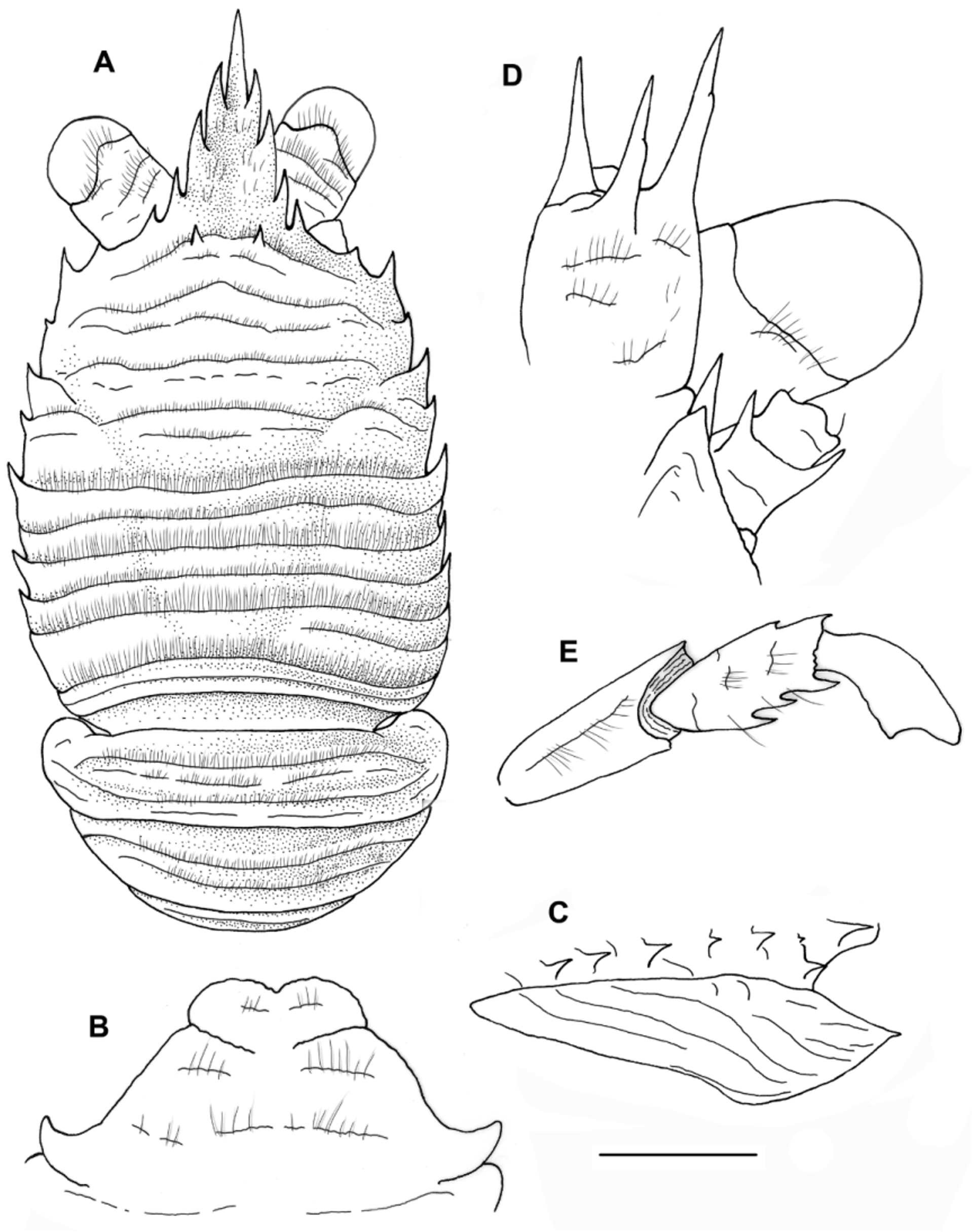