Etymology. The new species is named after Lília Senna-Horta, speleologist of the Grupo Bambuí de Pesquisas Espeleológicas (GBPE), who collected part of the material examined here and greatly contributed to the knowledge of the Brazilian subterranean fauna and its conservation.

Remarks. The genus Pectenoniscus  was erected by Andersson (1960) to include the new species P. angulatus  from Nova Teutônia, state of Santa Catarina. After the original description of this species, many surveys have been conducted in the type locality but the species has never been recollected.

Pectenoniscus liliae  sp. n. shows all the characters of the genus as listed by Andersson (1960), except for the epimera of the pleonites which are well developed in P. angulatus  and reduced in the new species. This character may be a specific rather than a generic character. One of the most remarkable characteristics of the genus is the arrangement of the aesthetascs on the distal article of the antennule. These aesthetascs are stout, long and longitudinally arranged in one line from the median to the apical portion of the distal article, resembling a comblike structure.

The new species is readily distinguishable from P. angulatus  in having quadrangular instead of triangular antennal lobes, reduced pleon epimera, male pereopod 7 ischium not enlarged, and the complex chela-shaped apex of the male pleopod 2 endopod.

This species is considered here as troglobiotic and endemic to two caves from Serra do Ramalho karst area, state of Bahia, northeastern Brazil: Chico Pernambuco and Gruna do Enfurnado. As previously stated, the caves are not legally protected and their surrounding is used mainly for agriculture and pasture activities; moreover, the area is also threatened by future installation facilities for mining activities. However, both caves are relatively isolated and Chico Pernambuco is a technical one, with no impact related to tourism or uncontrolled visitation. The specimens of the new species of Pectenoniscus  were collected in extremely humid substrate, composed by silt and organic matter (bat guano and vegetal debris), always close to water bodies. 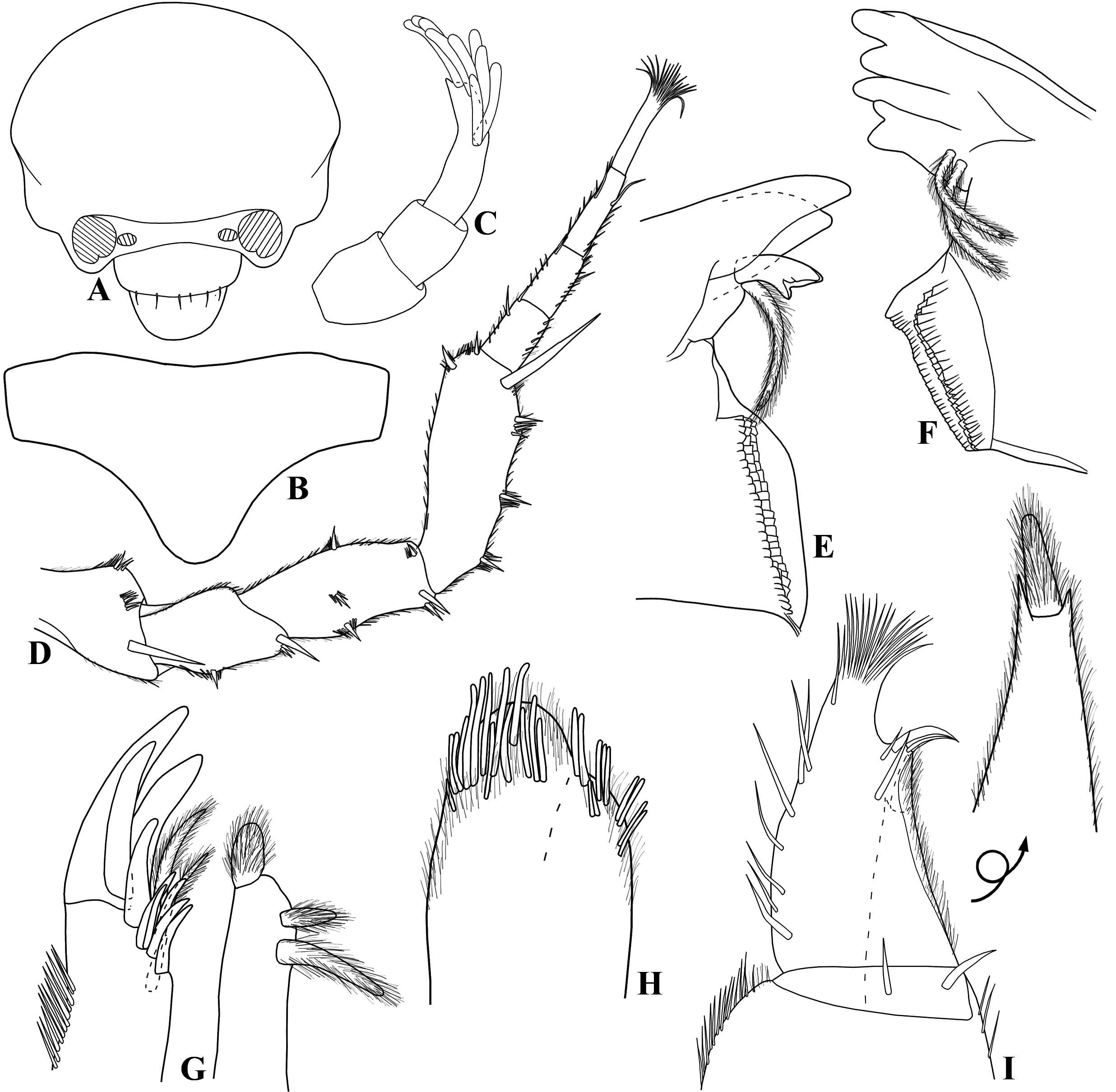 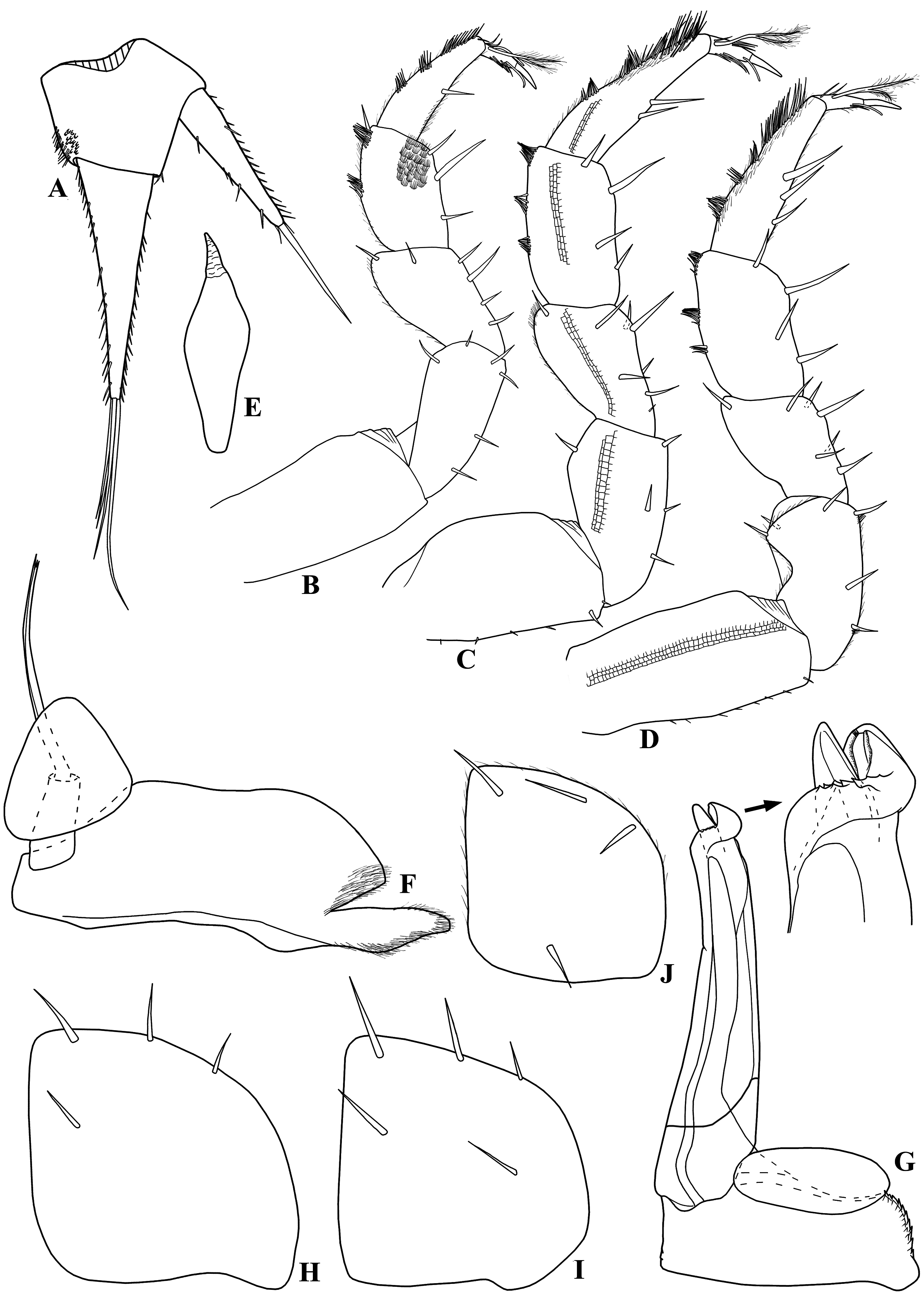