Comments. This species was collected during a survey of invertebrates associated with “button-grass moorland” in Tasmania. The dominant plant in these areas is Gymnoschoenus  ( Cyperaceae  ), and this thrips presumably feeds on fungi at the bases of these sedges. 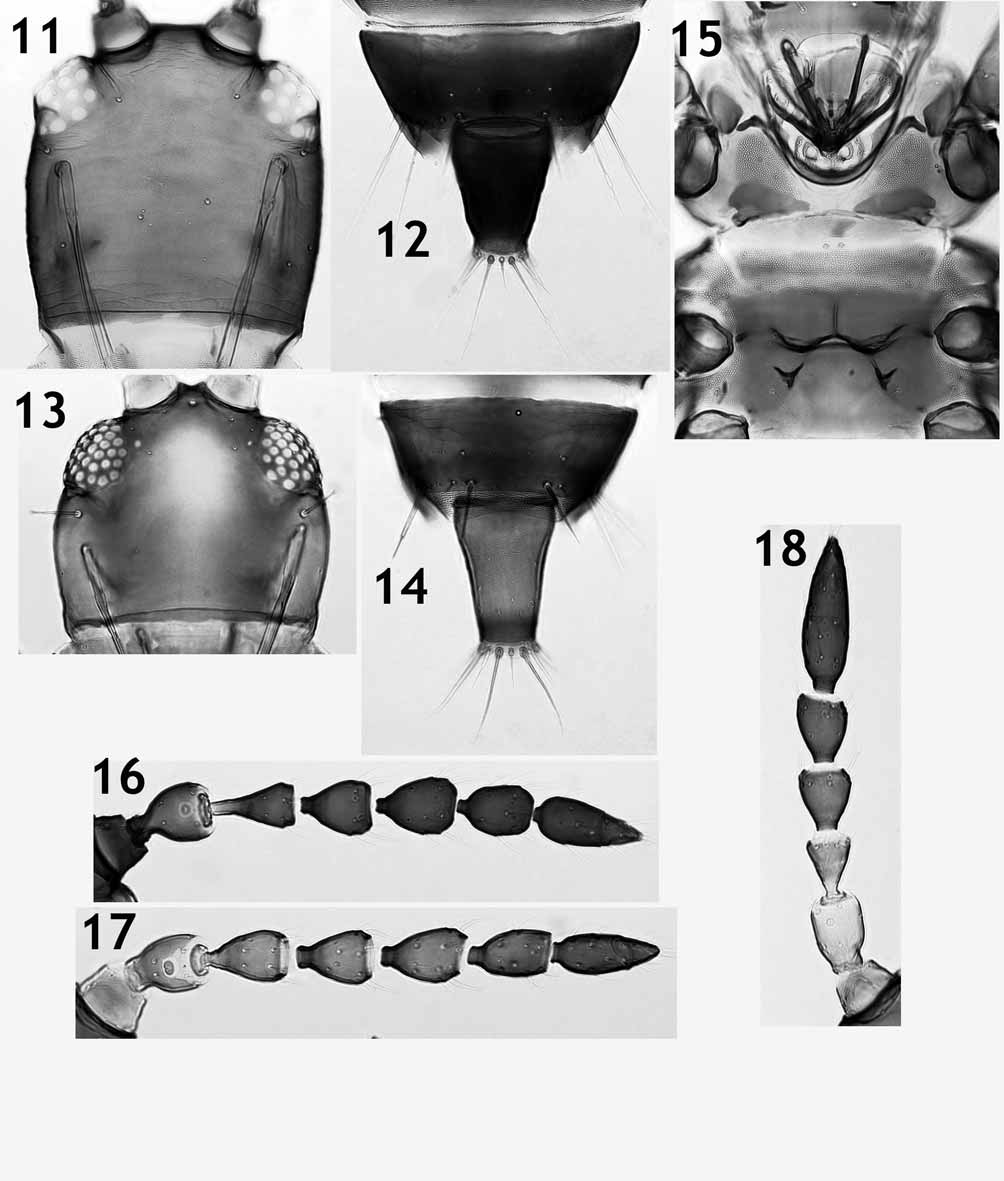