Measurements and ratios are given in Table 4.

Etymology. The specific epithet is a noun in apposition that refers to the municipality of Jequitaí where the type locality of the new species is located.

Remarks. Eukoenenia jequitai  sp. nov. bears a great resemblance to Eukoenenia lundi  sp. nov., sharing not only its most conspicuous features (absence of one esp and gla on basitarsus IV and presence of 18 setae on pedipalp coxa) but also other traits of taxonomic importance. The two species can be distinguished mainly by the number of blades in the lateral organs (4 vs. 5) and of setae on the first lobe of female genitalia (10 pairs vs. 11 pairs). Accordingly, this new species is also closely related to E. virgemdalapa  from which it differs in the number of blades in the lateral organs (4 vs. 7 – 8), the shape of the frontal organ (branches with rounded tips vs. branches distally expanded) and the values of measurements and ratios (e.g. L: 1155 v s. 1670; B: 270 vs. 340; btaIV: 95 vs. 174; btaIV/a: 4.2 vs. 7.7) ( Souza & Ferreira 2012 b). Additional morphological comparisons with other Brazilian Eukoenenia  are available in Table 3.

The values of the ratios (B/btaIV = 2.84, IVbta/ti = 0.90) and the presence of 4 blades in the lateral organs are features present in both troglobitic and edaphic species (e.g. Condé 1993; Souza & Ferreira 2011 a, 2016; Christian et al. 2014). Therefore, E. jequitai  sp. nov. displays an intermediate morphology, as observed in E. igrejinha ( Souza & Ferreira 2019 b)  . More studies into the cave and soil faunas in the surrounding area is needed to determine its distribution and degree of dependence on the subterranean environment.

Habitat and threats. Lapa do Dim is a permanently dry cave with four entrances and a total length of approximately 450 m ( Fig. 24View FIGURE 24). The single specimen of E. jequitai  sp. nov. studied was collected in its inner portion. Graffiti on the walls indicate that the cave is visited by inhabitants of the region. Thus, trampling can be a threat to the new species which has been recorded only in this cave so far. Selective logging in the cave surroundings might affect the cave community as a whole. 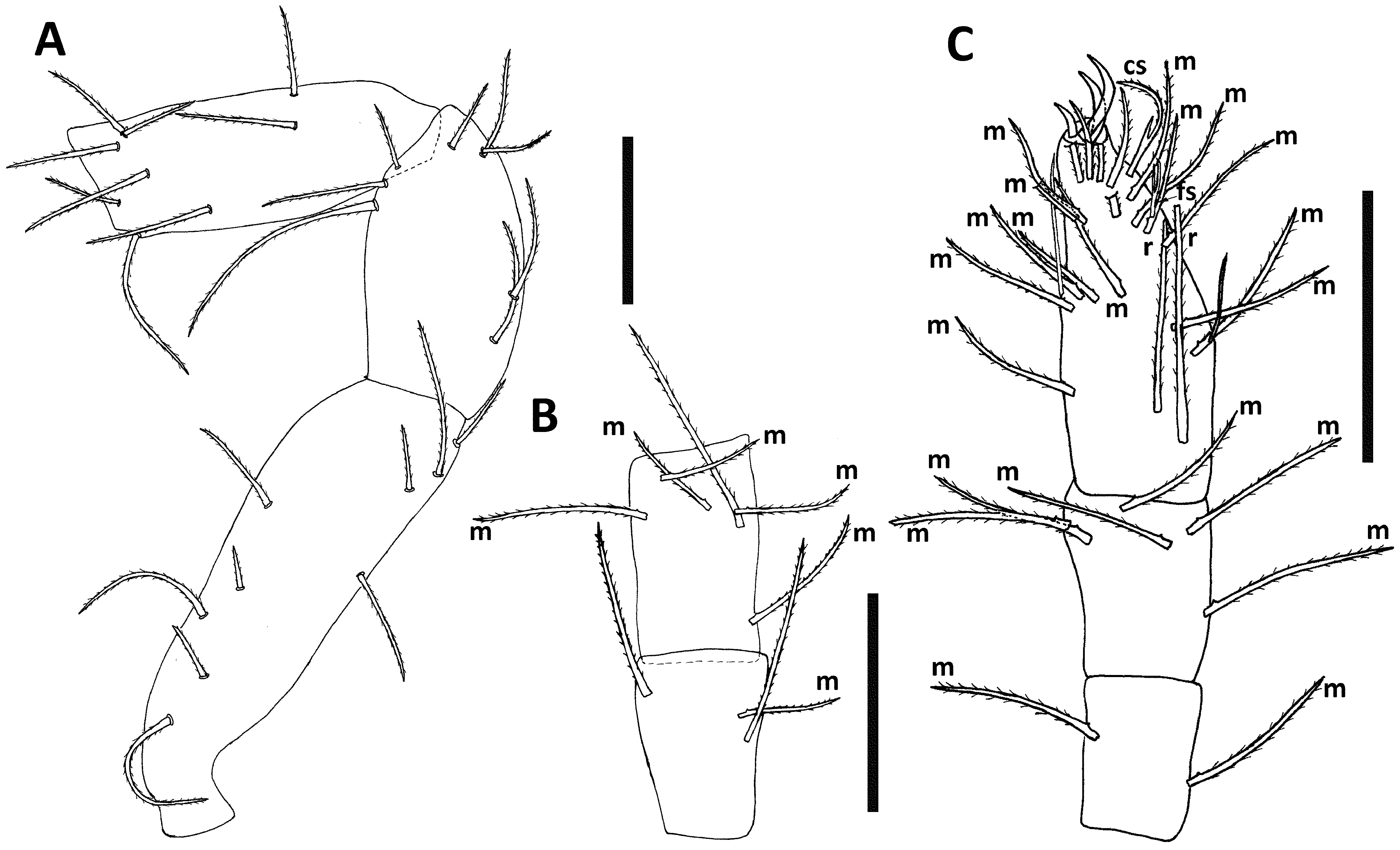 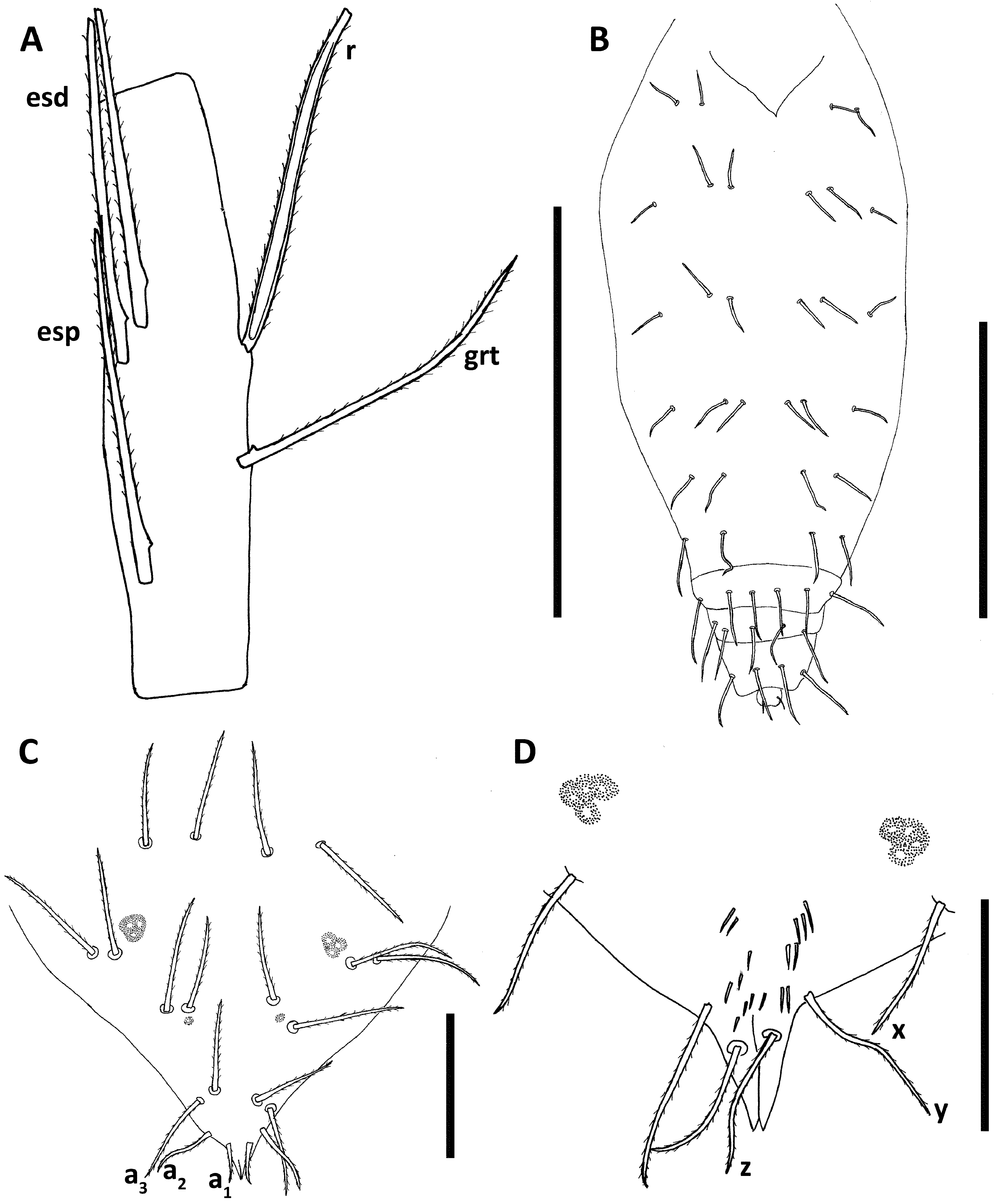