Diagnosis. The new species is diagnosed by the following set of characters: 1) SVL 27.8–31.6 mm in males; 2) subovoid snout in dorsal view and slightly acuminate in profile; 3) head slightly longer than wide (HL\HW=1.1– 1.2); 4) small-sized tympanum (1.2–1.44 mm); 5) single, median, subgular vocal sac that does not reach the pectoral region; 6) pointed tubercles absent on the lower jaw; 7) tibia length/snout-vent length = 0.50–0.53; 8) conspicuous pointed tubercle absent on the heel; 9) webbing on the feet always reaching the base of penultimate phalanx between toes II and V, and not surpassing, anteriorly, the proximal half of antepenultimate phalanx in Toe IV; 10) dorsum with a pale yellow, light to dark gray from dark brown, or black background, with round, irregular, and elongate darker blotches; 11) dorsal surface of the shanks with irregular and transversal darker markings; 12) posterior hidden surfaces of thighs light brown, light to dark gray, or black, with lighter, large and irregular blotches (yolk yellow in living specimens); 13) iris golden yellowish, with many darker reticulations; and 14) advertisement call composed of a single pulsed note, with 7–13 pulses per note, and a duration of 0.16– 0.25 s (0.25 ± 0.04).

Description of holotype. Head slightly longer than wide HL\HW=1.1; HL 38.5% of SVL ( Fig. 1View FIGURE 1). Snout subovoid in dorsal view and slightly acuminate in profile ( Fig. 2View FIGURE 2 A). Nostrils dorsolateral, elliptical, and slightly protruded; distance between nostrils equal to 63.3% of IOD. Canthus rostralis evident and convex; loreal region slightly concave. Upper lip slightly flared. Internarial region concave. Eyes protuberant; ED almost equal to IOD and END. Tympanum rounded; TD equal to 50% of ED. Tympanic annulus rounded with supratympanic fold evident, reaching from near the posterior corner of the eye to anterior margin of the insertion of the arm; covering a small portion of the posterior upper margin of the tympanic annulus ( Fig. 2View FIGURE 2 A). Vocal sac singular, evident, subgular, and that ventrally does not reach the pectoral region ( Fig. 1View FIGURE 1 B). Vocal slits longitudinal, large, and semiovoid; originating on the side of the tongue and ending at the corner of mouth. Tongue ovoid, attached anteriorly, laterally is barely free, and shallowly notched posteriorly. Vomerine teeth in two series: right series with four and the left with three teeth each; slightly curved and located between and slightly posterior the choanae. Choanae ovalshaped and separated by a distance slightly smaller than four times their diameter.

Axillary membrane absent. Upper arm more slender than forearm. A series of small, round, low, and enameled ulnar tubercles present (on right forearm: seven tubercles; on left forearm: six tubercles in a row). Fingers slender; relative lengths I <II ≈ IV<III ( Fig. 2View FIGURE 2 B). Finger discs elliptical, wider than they are long, while the disc of Finger I is smaller than the other discs. Subarticular tubercles single, rounded on fingers III and IV, conical on fingers I and II. Supernumerary tubercles single, small, and rounded. Inner metacarpal tubercle single, flat, and slightly elliptical; outer metacarpal tubercle flat, bilobed, the two parts are elliptical shaped. Webbing absent between fingers I and II; basal between fingers II, III, and IV. Thin, wide, slightly developed, light colored nuptial pad ( Fig. 3View FIGURE 3 A –B), so that it is possible to see some acini under skin, covering almost the entire base of Metacarpal I, and obscuring the outer margin and a small portion of the base of the inner metacarpal.

Variation in the type series. Some measurements are presented in Table 1. Ulnar tubercles can be arranged in line (eight individuals; between four and six tubercles), or scattered (two individuals; five and seven tubercles). Tarsal and calcar tubercles are absent in one individual ( MHNCI 9843). Internal tarsal fold varies from a discrete flat and ovoid tubercle on the tibiotarsal articulation to an elongate fold that reaches approximately the inner metatarsal tubercle. The skin on dorsum is slightly smooth, with small, scattered, and rounded tubercles, mainly on flanks, posteriorly to eyes, and sacral region in four individuals ( MHNCI 9841, 9226; MZUSP 157141–157142). Dorsum smooth, with few small, scattered, and flat tubercles on the sacral region and tympanic fold in one individual ( MNHCI 9228). Conical tubercles larger than the round tubercles are absent in four individuals ( MNHCI 9226, 9228, 9841, 9843).

The only known female (SVL 33.7 mm) is larger than the males (27.8–31.6 mm), and has a snout slightly more pointed than the males in dorsal view; gular region without iridescent tubercles in life; and nuptial pad absent.

In preservative, the dorsal color pattern of head, body and limbs can be pale yellow, light to dark gray from dark brown, or black, with round, irregular, and elongate darker blotches (Fig. 5). White pigments in the margins of dark blotches on dorsum and transversal markings on limbs are either absent (Figs. 5A, D, and G) or fragmented (like small blotches; Figs. 5C, E –F). The V-shaped dark blotch in the interocular region is either smaller (Fig. 5A) or larger (reaching the upper eyelid; Fig. 5H) than the holotype. Upper lip can be pale yellow ( MHNCI 9843), whitish cream with dark gray blotches ( CFBH 39391) or conspicuously black pigmented ( MHNCI 9228). Transversal markings on limbs are somewhat indistinct in the male paratype MHNCI 9843. Flanks and inguinal region immaculate light beige (e.g. MHNCI 9843) or with dark irregular blotches (e.g. CFBH 39391). Hidden surfaces of thighs and shanks light brown, light to dark gray, or black, with lighter, large and irregular blotches (yolk yellow in life). In some individuals, the anterior hidden surface of thighs and hidden surfaces of shanks are light beige, finely pigmented with some light brown dots (e.g. MHNCI 9228, 9843).

Ventrally, margins of the gular region, arm insertion, and bordering areas with the dorsal coloration can be creamy white, light to dark brown, or black. Soles and palms can be finely or conspicuously pigmented with dark brown dots. Pectoral region with small dark blotches in some individuals.

Tadpoles. The tadpole is unknown.

Comparison with other species. Comparisons with congeneric species is first based on obvious differences in the size of adults, that is, no overlapping nor a minimal gap between size ranges, followed by more detailed comparisons with species that cannot be differentiated by size, or in case of conspicuous external morphological characters.

The dorsal surface of the forelimbs and thighs with irregular, transverse darker markings; and the posterior hidden surface of thighs light brown, light to dark gray, or black, with lighter, large and irregular blotches, which are yolk yellow in live specimens, differ the new species from Scinax montivagus  (dorsal markings absent on forelimbs and thighs; and posterior hidden surface of thighs immaculate beige without yellow coloration in live specimens; Juncá et al. 2015).

The holotype Scinax x-signatus Spix  is considered destroyed ( Hoogmoed & Gruber 1983; Glaw & Franzen 2006), and a neotype has still not been designated (type locality: “Provinciae Bahiae”, meaning the current state of Bahia east of the river San Francisco; Spix 1824; Vanzolini 1981; see Pombal et al. 1995b). We consider that a snout, subovoid in the dorsal view and slightly acuminate in profile, and less extensive webbing on the feet (always reaching the base of penultimate phalanx between toes II and V, and not surpassing the proximal half of antepenultimate phalanx in Toe IV) in S. rossaferesae  sp. nov. are character states that allows us to differentiate it from several species to which the name S. x-signatus  could be applied in the state of Bahia (with a round snout in both dorsal and lateral views, toe webbing surpassing the base of penultimate phalanx between toes II and V, and webbing on the feet surpassing the proximal half of the antepenultimate phalanx in the Toe IV; Lutz 1973; Appendix 1 for examined specimens).

Natural history and geographic distribution. All localities where Scinax rossaferesae  sp. nov. occurs are present in natural grasslands associated with Araucaria forests of the Southern Brazilian Plateau and in the northernmost limit of Campos cerrados (sensu Maack 1948). This landscape is recognized by open fields and gallery forests of shallow and sandy soils. Scinax rossaferesae  sp. nov. is known from the eastern-central limit between the states of São Paulo and Paraná, both in Brazil, covering an area known as the Guartelá Canyon, which extends to the grasslands in the municipality of Ponta Grossa, Paraná. The new species has been recorded as Scinax  sp. gr. ruber  for the municipalities of Sengés, Tibagi, and Ponta Grossa, all in the state of Paraná ( Fig. 8View FIGURE 8; see also Guerra & Bastos 2014; Crivellari et al. 2014).

Calling males can be found all over year. However, the call activity is concentrated from September to March, when several males were found at the same breeding site. Males generally call from the ground or perched on vegetation (e.g. Poaceae  ) near or inside water. Some males can be found calling from terrestrial Phytotelmatas (e.g. Eriocaulon  sp. and Eryngiun sp.). No males were found perched above 0.13 m high. The new species occurs in lentic, temporary or permanent waters in open fields or forest edges ( Fig. 9View FIGURE 9. A B –C). We observed six other species of Scinax  sympatric to S. rossaferesae  sp. nov.: S. aromothyella Faivovich  , S. fuscovarius  , S. granulatus  , S. perereca  , S. rizibilis (Bokermann)  , S. squalirostris  , and S. uruguayus  .

Etymology. The specific epithet used is dedicated to our colleague Dr. Denise Rossa-Feres, in recognition of her pioneering in the field of zoology. Denise has been extremely dedicated to her work, specifically to the study of tadpoles, natural history, and community ecology of amphibians, in which she has made notable contributions.

Call repetition Pulse repetition Int. betw. calls Duration pulse Minimum Maximum rate rate frequency frequency We compared the advertisement call of the new species with those of some species of the Scinax ruber  Clade that have similar dorsal pattern color ( S. granulatus  , S. maracaya  , and S. tigrinus  ) and occur near the type locality of the new species ( S. imbegue  and S. tymbamirim  ), from which we have available recordings ( Table 2; Fig. 10View FIGURE 10). The set of acoustic parameters demonstrated that the advertisement calls of S. rossaferesae  sp. nov. differs from those of these previously mentioned species mainly due to its dominant frequency (2702.3–3002 Hz in the new species; combined dominant frequency of 1124–1571 Hz in S. granulatus  , S. imbegue  , and S. maracaya  ; and 4118– 4150 Hz in S. tymbamirim  ). Most call parameters from the new species showed a great similarity with those of the recordings from S. tigrinus  , from which the new species acoustically differs only by its higher minimum frequency (1492–1733 Hz in the new species, 802–1039 Hz in S. tigrinus  ).

The recognition of a new species has implications on developing and proposing strategies for the conservation of open fields in the Atlantic Forest of Brazil, an ecosystem which is poorly understood especially when compared with other forest areas. For example, the Parque Estadual Vila Velha is classified as an area of “extreme biological importance” (MMA 2002). However, despite its acknowledged importance, these Southern Brazilian grasslands have less than 0.5 % of their area conserved as parklands or other conservation statuses. These areas are mostly used for agriculture or livestock and practices such as the burning of pastures is commonly applied (Overbeck et al. 2007). 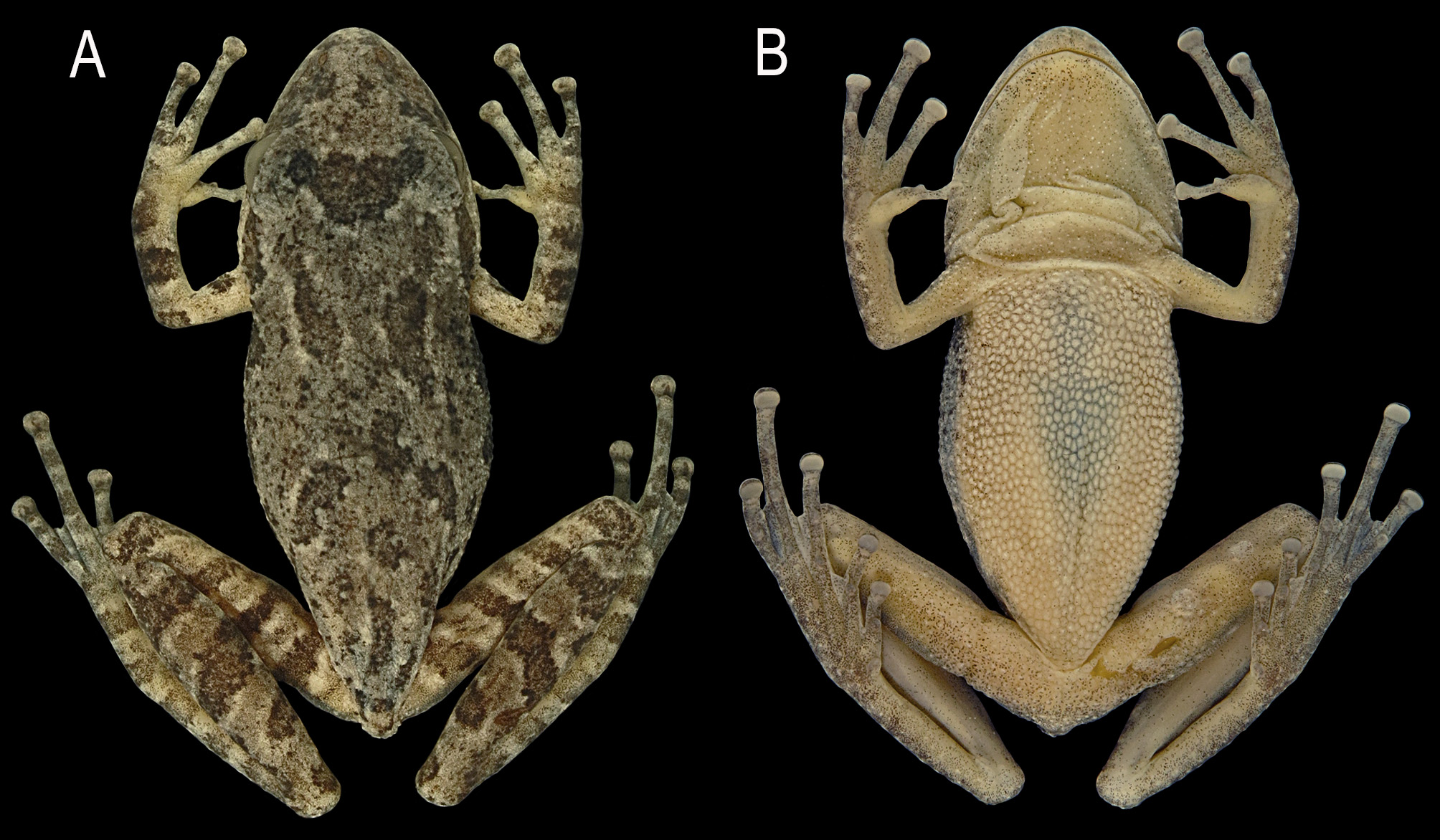 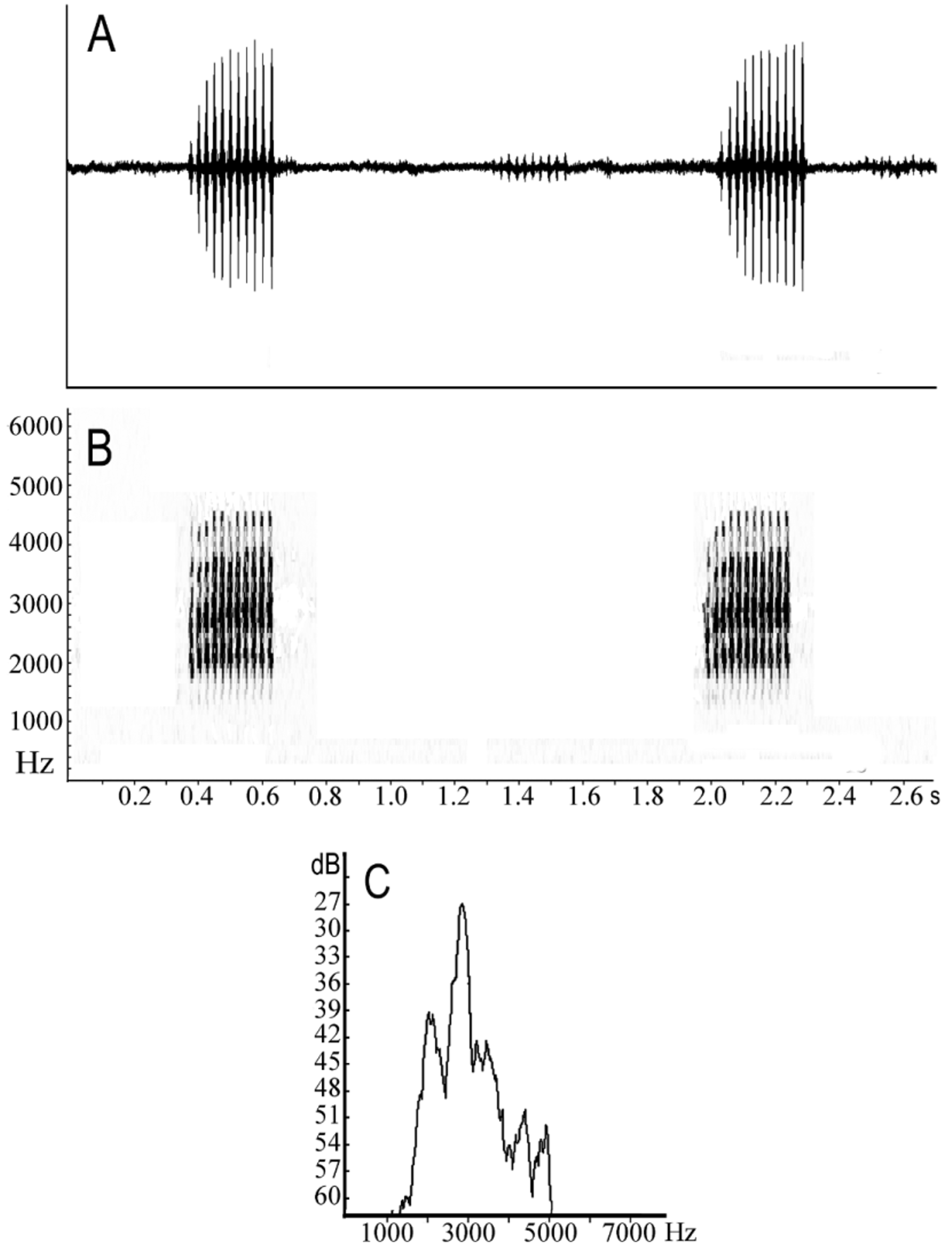 TABLE 1. Measurements (in mm) of the type series (including the holotype) of Scinax rossaferesae sp. nov. from Paraná, southern Brazil.