Diagnosis. Externally this species resembles S. notia Schintlmeister, 1997 ( Fig. 2 View FIGURE 2 ) having a similar forewing pattern, but is distinquished by a stronger and broader brown stripe running from base to apex in the forewing. The forewing ground colour of is more uniform in S. notia than in S. puyak . Saliocleta postfusca Kiriakoff, 1962 (Fig. 4) resembles also the the new species, but again its forewings are more uniform. Male genitalia differ: the uncus of S. notia (Figs. 10 a and c) is more even and the socii are flaplike. There is some resemblence in the uncus of the male genitalia to S. widagdoi Schintlmeister, 1994 ( Figs. 3 and 7a View FIGURE 7 ), but S. widagdoi has flap-like socii not straight. Also externally S. widagdoi is clearly different from S. puyak , having an angeled forewing tornus, in S. puyak it is rounded. Saliocleta nonagrioides ( Fig. 5), has also an angeled forewing tornus.

Distribution and Bionomics. Known from South Thailand Chumphon province and North Thailand Tak and Lampang provinces and also from Laos. Specimens were flying in late April–June and late September–early December at 200 – 800 m in mixed forest with bamboo. Immature stages are unknown.

Etymology. The new species is named after Puyak mountain where specimens were captured on the lower slopes. 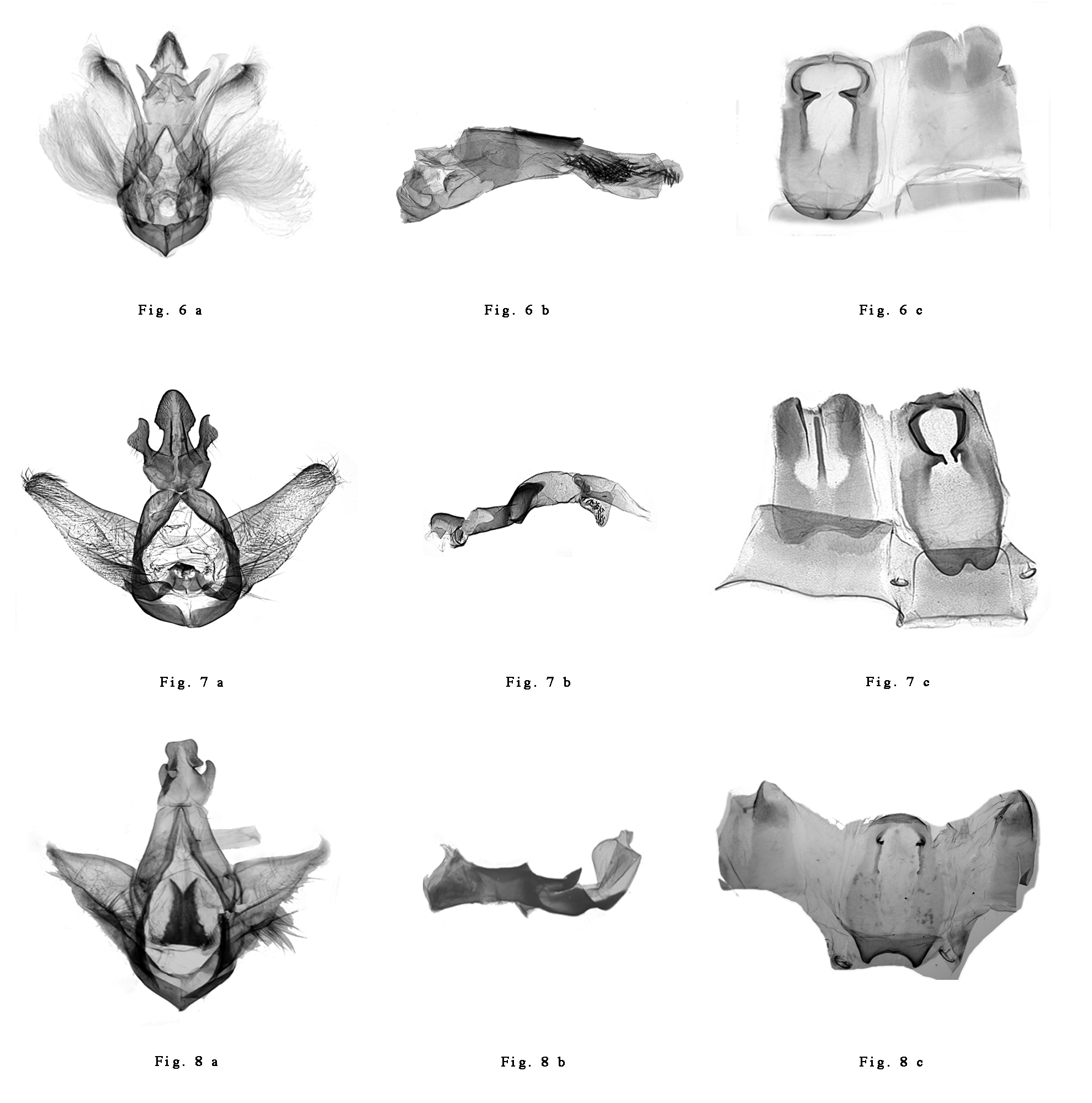