Dorsum. Boundary between submedian and subdorsal areas of dorsal disc not distinctly indicated. Longitudinal moulting suture extending up to the basal border of the submargin; transverse moulting sutures extending to and terminating near submargin; metathoracic suture present and extending to but not overlapping the mesothoracic legs. Submargin to the subdorsum with linear pattern that is straight and parallel; subdorsum to submedian roughened. Thoracic and abdominal segmentation clearly marked submedially, rachis present; abdominal segment VII reduced by 5 µm in length medially; abdominal segment VIII trilobate; each abdominal segment with pair of slightly elongated depressions. Vasiform orifice elongate-cordate, 72.6–92.6 [83.6] µm long by 50–82 [69.7] µm wide, with inner edges ridged, anterior half with fine stipples. Operculum elongate-triangular, 56.9–72.6 [66.0] µm long by 47.9–67.8 [61.2] µm wide with rounded angles, occupying most of orifice and covering lingula; head of lingula globular, 47.4–63.6 [57.8] µm long by 19.1–27.8 [24.4] µm wide, finely setose with a pair of subapical setae.

Pores. Paired geminate pore with associated porette present with collars and separated from each other by a distance of about 1–3 times the diameter of the pore ( Fig. 1View FIGURE 1); distributed over dorsal disc from median to the submargin, where the pores are arranged in an irregular row of one to two pairs with some pores having two porettes associated with each.

Distribution. Only known to occur in the Western Cape Province of South Africa.

Host plant. Protea nitida Mill.  ( Proteaceae  ). This plant is endemic to South Africa, where it occurs in the Western and Eastern Cape provinces. It is a large, common protea  species that grows into a tree, and is valued for its showy flowers and timber (Coates Palgrave, 2002).

Etymology. The name is derived from the host plant genus, Protea  .

Comments. Dialeurolobus proteae  sp. nov. differs from the other three species in this genus mainly by the morphological characters mentioned in the key below. It is most similar to D. rhamni  , but has fewer pairs of setae in the submargin/subdorsum area, and more teeth in the tracheal combs. It also lacks eyespots, a caudal furrow, and caudal setae; all of these structures are present in D. rhamni  . Also, the transverse moulting sutures in D. rhamni  are curved abruptly anteriad, whereas in D. proteae  they are more conventional in shape. 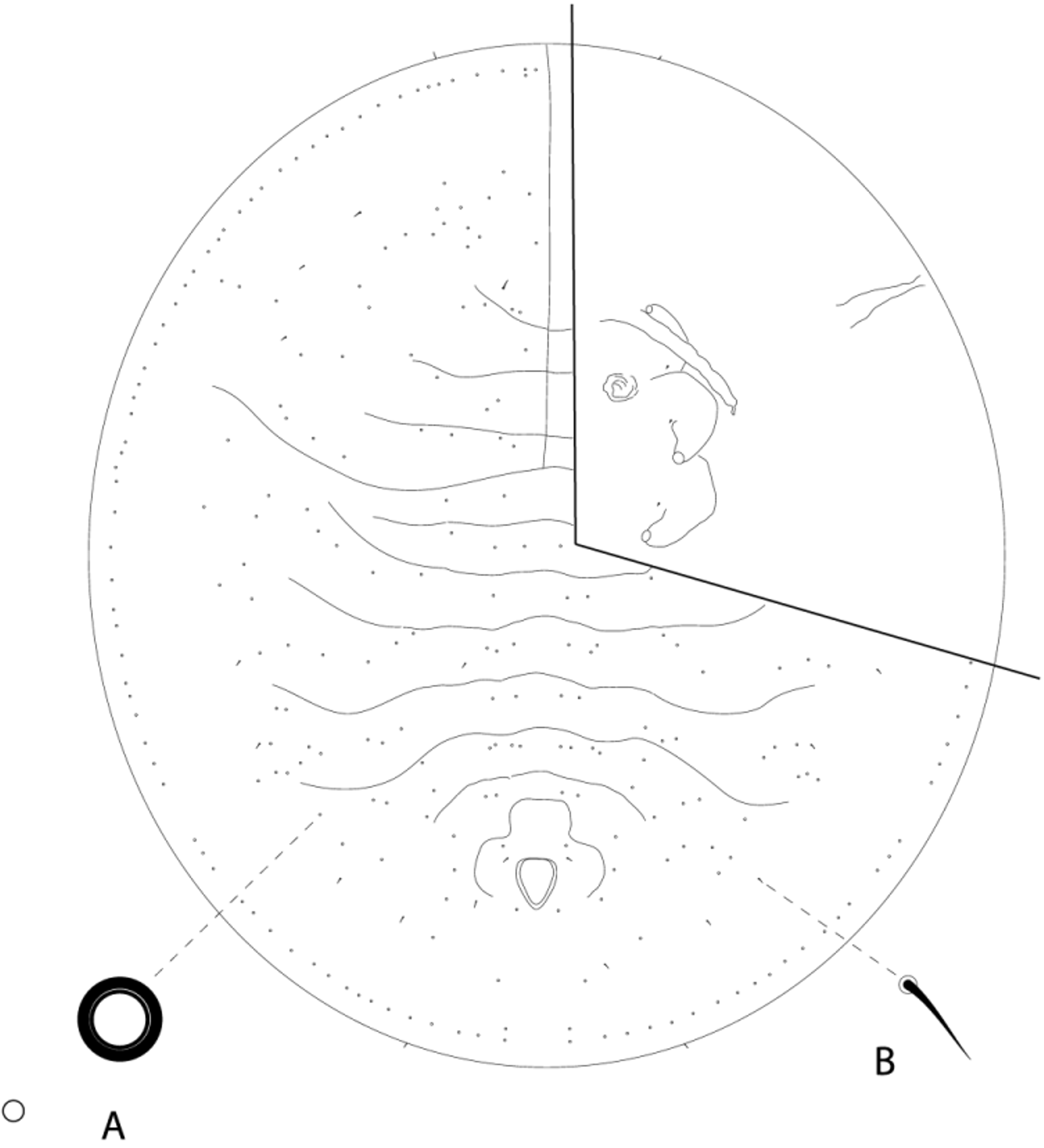 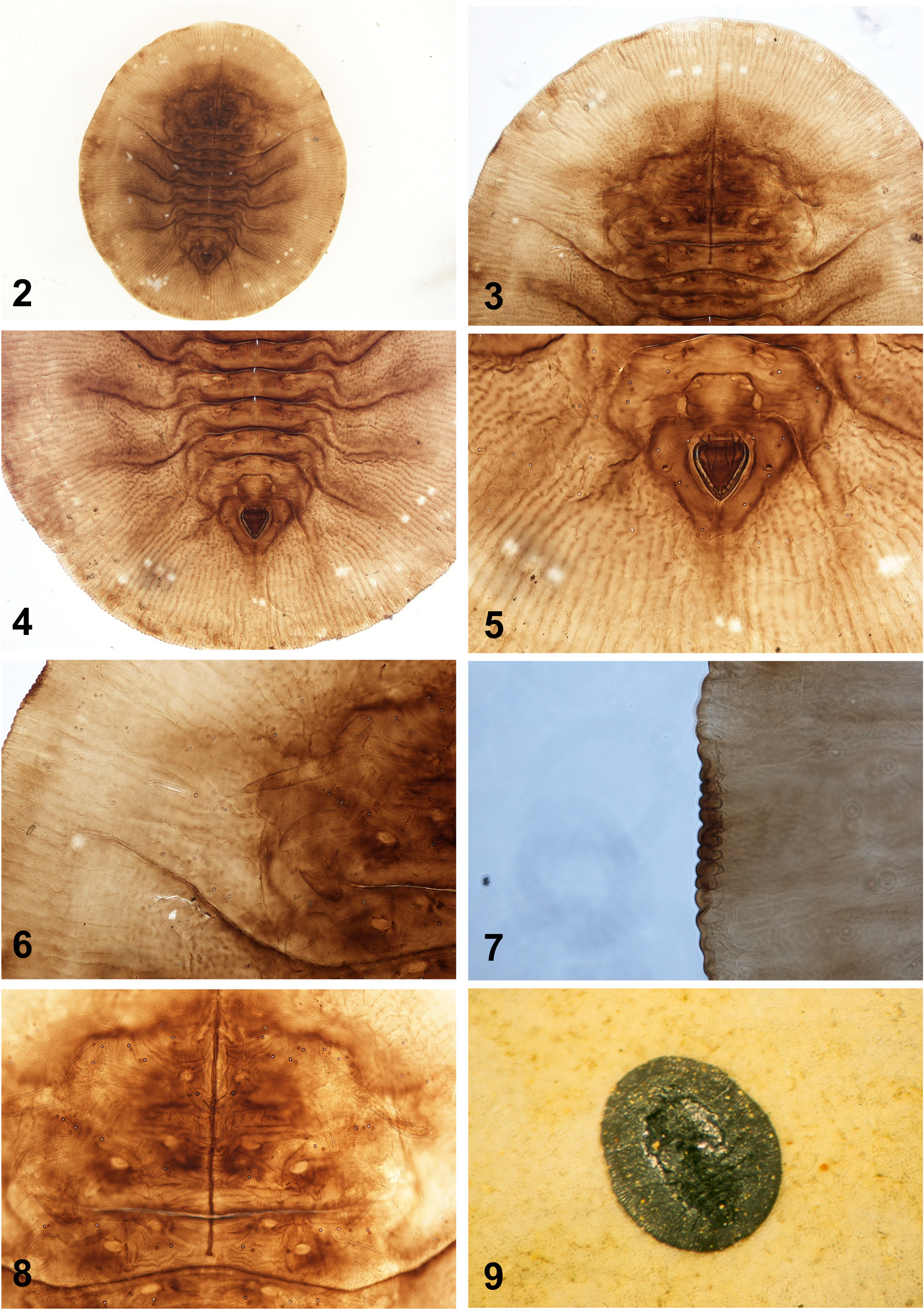