Description. Test ovoid or pyriform, with a rounded posterior end, laterally compressed towards the pseudostome, very similar to that in Q. symmetrica   , sometimes with an elongated neck. Test colourless, composed of square plates, regularly arranged in rows. The plates are smaller near the aperture (3 – 4 µm), then gradually become larger (up to 7 – 9 µm) toward the posterior end of the test. Dimensions of the test (based on the seven sequenced individuals): length = 66 – 69 (96) µm, breadth = 35 – 40.5 (45) µm. Aperture 17 – 18.5 µm wide, often curved and bordered by a thin organic lip.

Etymology. The species has members with a variable neck length.

Notes. One other possibility is to describe the entire clade as Q. longicollis   . However, given that we have only one Q. longicollis   sequence (which may not correspond to the typical Q. longicollis   , see Discussion), DNA of which was extracted from more than one cell, we would need additional data to understand whether the elongated neck is a result of phenotypic plasticity or a genetically fixed character. 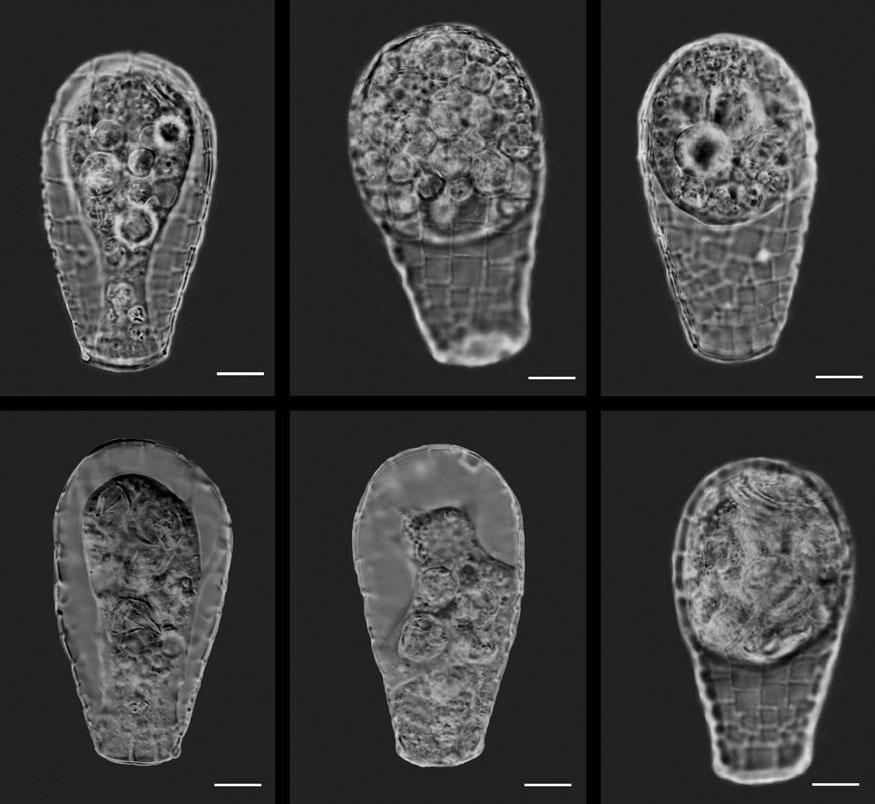