Nest # 17 (21 -XII-05) was colonized by more than one individual inquiline ( S. phryganophila   ). The original bed of A. annumbi   , situated at the bottom, gave 94 emerged and 65 parasitized puparia. The pupal cocoons were of two ages: the older ones grey, the newer white. Inside the nest there were three additional beds: an old bed of the inquiline bird containing 242 emerged and 58 parasitized puparia (19.3 %); the second inquiline bed, younger than the first, had three eggs but no puparia, and the third, recently constructed ( Fig. 5 View FIGURES 4 – 7 ), contained three eggs and no puparia. When the nest was dissected an additional 50 emerged and 14 parasitized puparia were found at the bottom of the bag.

Two additional emergences were obtained from nests of A. annumbi   from Campo de Mayo that were reconstructed and inhabited by S. phryganophila   ( Table 1). Nest # 18 (5 -II-06) was inhabited by the inquiline bird three times: two beds had dead chicks ( Fig. 6 View FIGURES 4 – 7 ), with Philornis   puparia [not counted], from which five adults of P. p i c i had emerged [no emergence data]; the third bed was older than the other two and had 89 emerged and 25 parasitized puparia (21.9 %); yet another 34 puparia (four parasitized) were found at the bottom of the bag when the nest was dissected. The second latest emergence (two adults, 12 -III-06) was obtained from nest # 19 (26 -II-06) inhabited by one inquiline (empty bed).

Large numbers of puparia per nest or inquiline beds are possible in one breeding period of a bird because it was seen that each brood can sustain up to three or four cohorts of Philornis   flies ( Dudaniec & Kleindorfer 2006). A mating pair of A. annumbi   can have a second brood, with five pairs in the same old nest and two pairs in new nests ( Nores 1993). Thus the puparia counted in a single nest may correspond to the accumulation of those of more than one brood and more than one cohort per brood.

Teixeira (1999) published an extensive survey of the biology of species of Philornis   . Although nothing is mentioned about the annual cycle, Teixeira (1999) wrote that “althought birds in Neotropics may show a clear tendency to present more extensive and less synchronised breeding season than those registered in higher latitudes, it seems reasonable to suppose that the availability of adequate hosts for the infestation of Philornis   would be, at least during certain periods, lesser than in others. Such a question would raise the supposition that the pupae of those flies would suffer a diapause, ending up their development only with the arrival of a new breeding season for their hosts.”

As the breeding period of A. annumbi   ends in mid-December ( Mason 1985), it is probable that the subsequent generations of P. p i c i infest different bird species during the summer and provide the pupal stage in the autumn in the nest of a bird with a late breeding period. The fact is that the latter generations of Philornis   were obtained during February after the breeding period of A. annumbi   , thereby affecting any inquiline bird. These last adults to emerge in March require another bird host (not yet identified) after March in order to overwinter as pupae or pharate adults. Subsequently adults will emerge the following spring that will then infect the first brood of A. annumbi   . No living pupae were found in any nest of A. annumbi   during autumn or winter ( Table 2), showing that other bird species function as a “bridge” to the following spring. 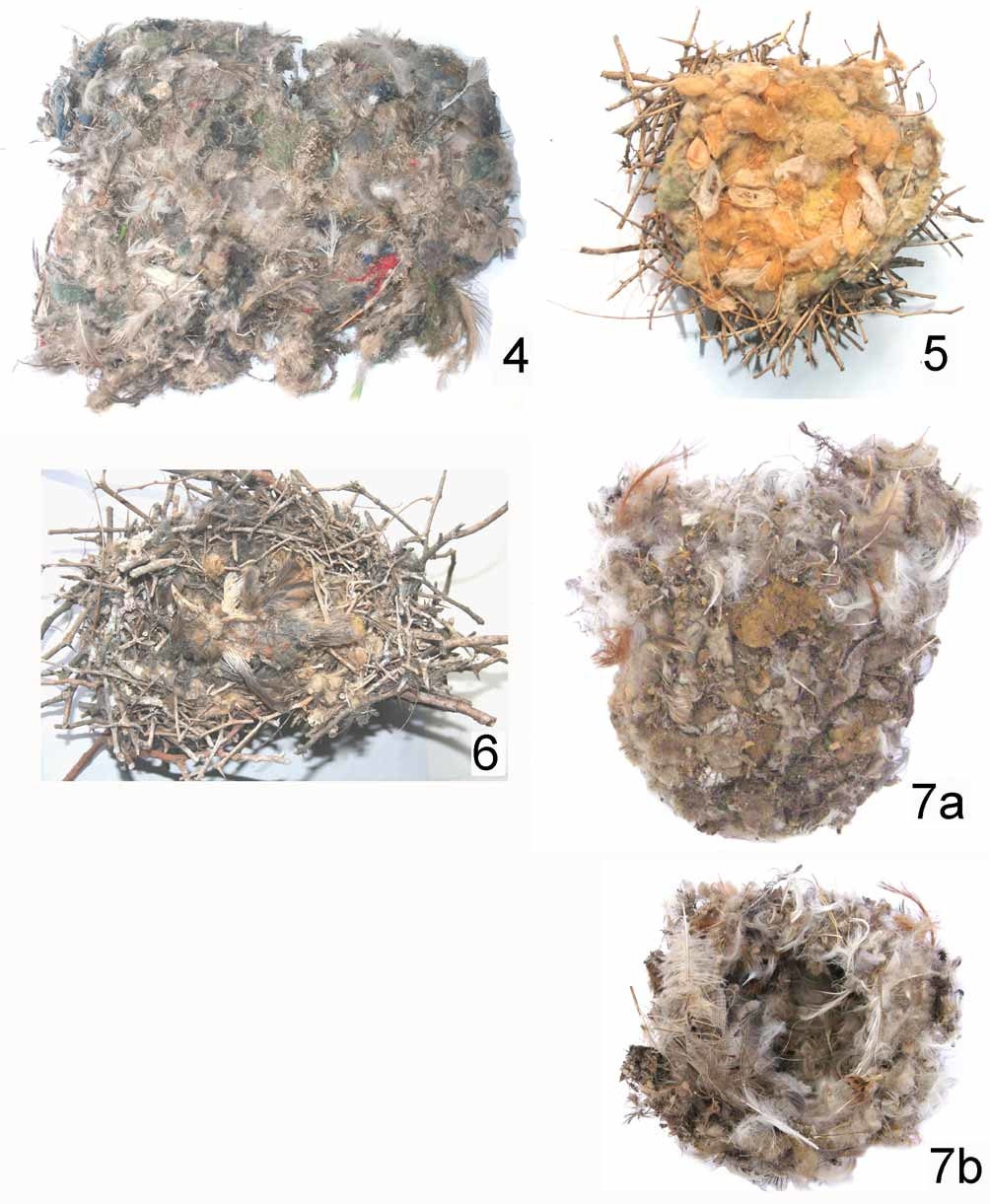