Pouteria ramiflora (Mart.) Radlk.  ( Sapotaceae  ). Pouteria torta (Mart.) Radlk.  was reported from Goiás by Santos et al. (2012) as being galled by an unspecified Hemiptera  which may concern C. pouteriae  based on the photos provided by the authors. The identity of the latter host is questionable and may constitute a misidentification of P. ramiflora  .

Named after its host Pouteria  .

Ceropsylla  as defined here comprises two species inducing pit galls on the leaves of Sapotaceae  . The species can be separated as indicated in the key above. The immatures are similar in the structure of the dorsal surfaceı resembling many other pit gall inducing psyllidsı but differ fundamentally in the structure of the ventral side which is bulbous and weakly sclerotised in C. pouteriae  but leathery and shallowly convex in C. sideroxyli  . This goes together with the presence or absence of claws in the former and latterı respectively. These morphological dissimilarities are likely due to differences in behaviour. Immature of the former remain sessile in the gall whereas those of the latter spin in the gall in semicircular movements thereby spreading wax on the leaf surface ( Parsons 2012).

General features of the gall 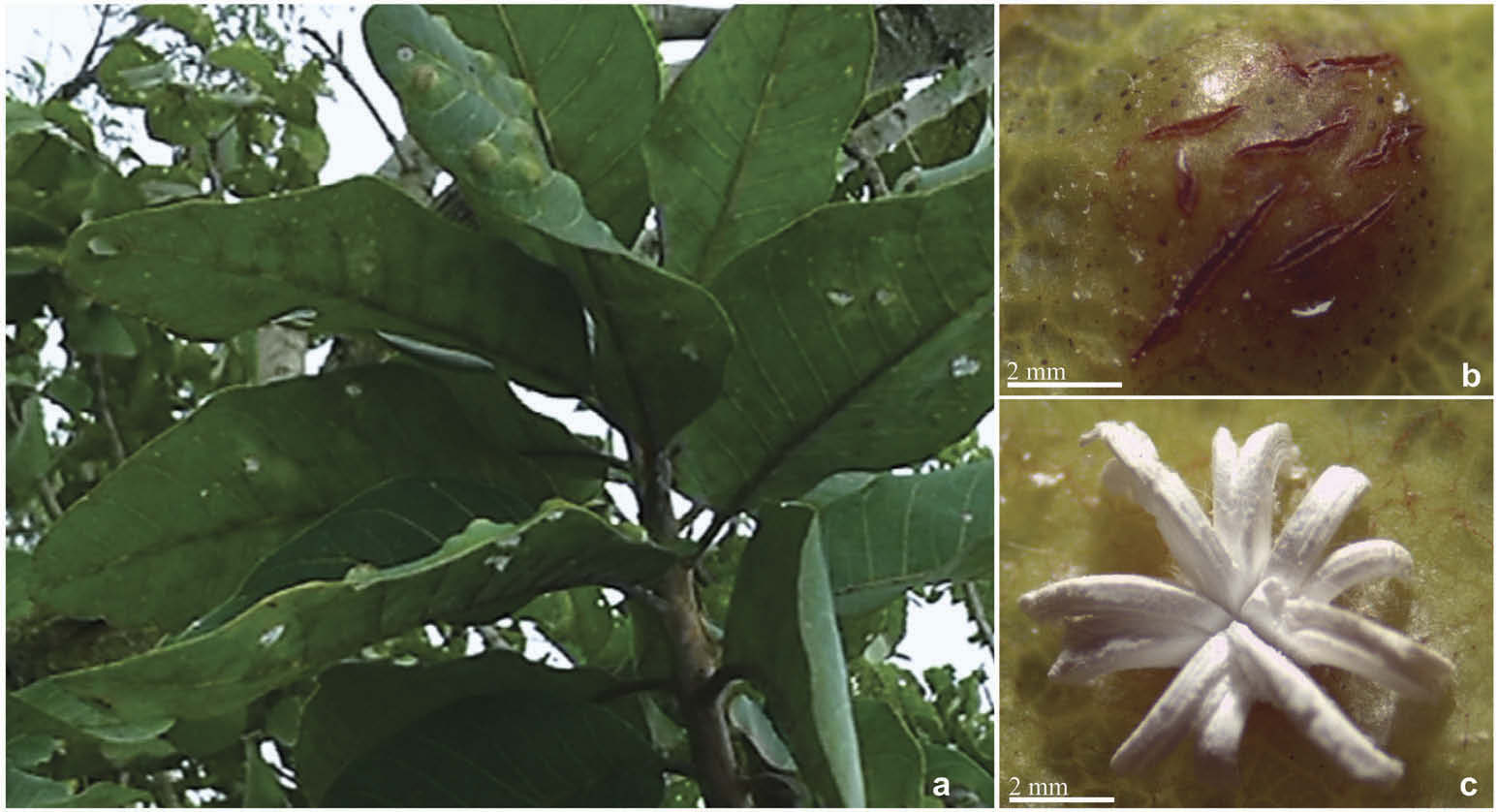 Figure 10. Histochemical positive results in C. pouteriae gall. (a) reactive oxygen species, with detail of adaxial cortex, abaxial cortex and near to pit. The greatest stress occurs in cells adjacent to the pit; (b) phenolics compounds mostly in the adaxial cortex. Pi = pit.