Thorax entirely microsetulose, pruinosity brownish dorsally and silvery on pleuron. Proepisternum with short, inconspicuous ventral setae. Legs orange except as follows: fore and hind femora with a broad black band near middle, mid femur with one or two black bands near middle, apices of femora narrowly black. Tibiae and tarsi dark brown to black except for the white fore tarsomere one. Hind femur slightly flattened, hind tibia not sulcate.

Comments. Paramimegralla steineri  was previously known only from the holotype male and one female paratype, neither of which had been dissected to examine genitalic characters. This species and the similarly long – legged P. volcanica  from northern Madagascar are clearly sister species, and were treated by Barraclough (1991) as a separate genus, Stiltissima  . 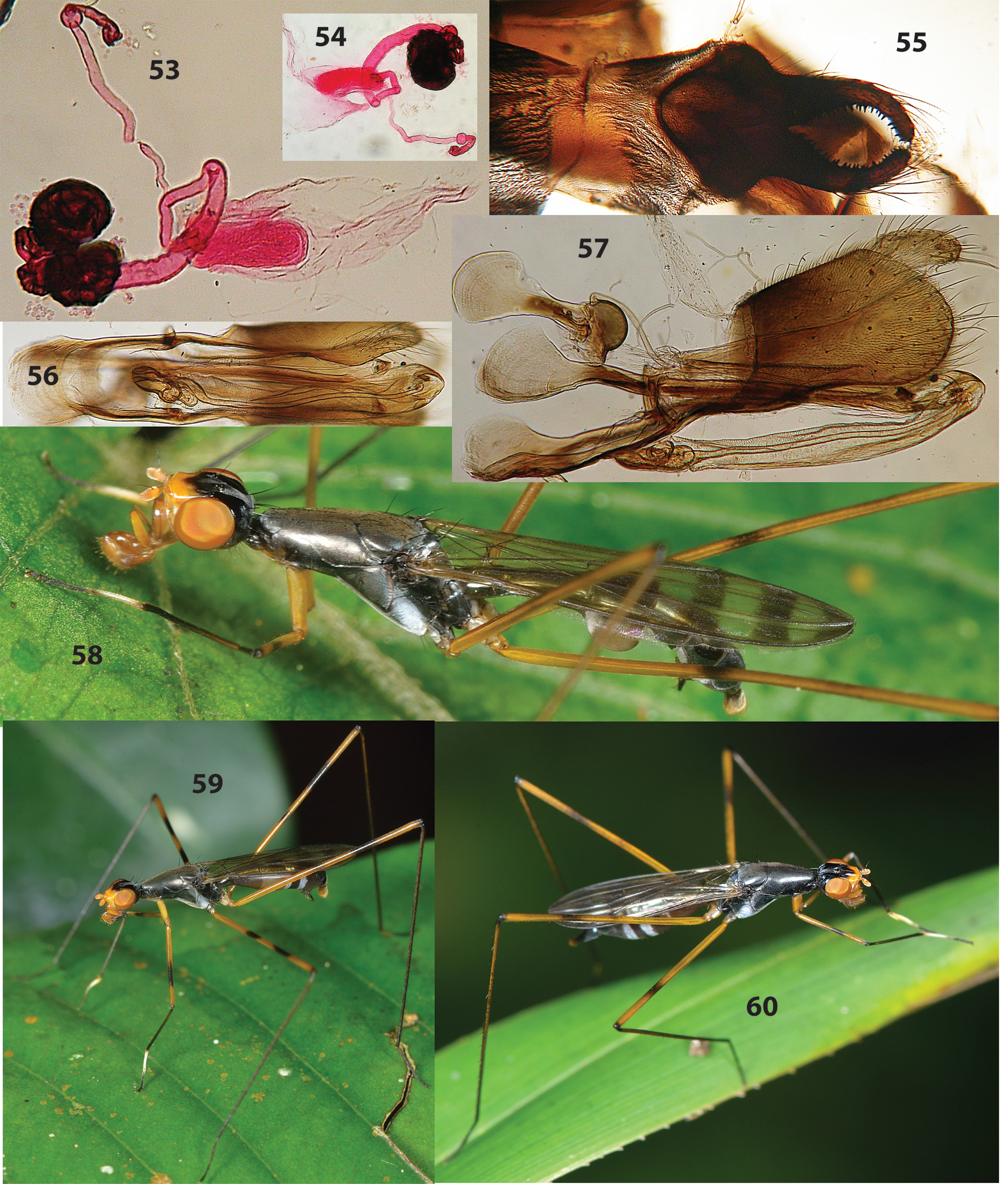