Maxilla 1 ( Fig. 30View FIGURES 24 – 32) palp uniarticulate, short, longer than wide, reaching less than half length the distance between the base of the palp and tip of setae on outer plate; inner plate shorter and slender than outer plate, with two long apical papposerrate setae, and some setules on the inner margin; outer plate with seven serrate setae.

Pereopods 3 to 7 ( Figs. 35–39View FIGURES 35 – 39) simple, with several simple setae on border; ischium, merus, carpus and propodus posterior margin with cluster of simple and cuspidate setae; dactylus less than half length of propodus, unguiform; pereopod 3 and 4 with similar sizes; pereopod 5 smaller than others; pereopod 6 smaller than pereopod 7.

Habitat. Freshwater, epigean. Hyalella gauchensis  was found in an artificial pond of shallow depth (around 30 cm) ( Fig. 48View FIGURES 47 – 48). The pond presented a large amount of macrophytes of the genus Salvinia  , which were used as shelter for the specimens of H. gauchensis  .

Conservation. Hyalella gauchensis  occurs in an artificial pond that was built by the residents of the property for fish farming. To build the pond, the residents use the water from the spring where H. georginae  inhabits. In the surroundings of the pond, there is no cultivation of any type of crops, which could be considered a threat to H. gauchensis  , as the pesticides used in these cultures can be harmful to the amphipods. However, as this is an artificial pond, it is under the risk of drying out, in the case of the residents interrupt the water flow coming from the spring, which may cause the local extinction of the population of H. gauchensis  .

Etymology. The species epithet " gauchensis  " is related to the Portuguese word "gaúcho", which means the native people or the residents of the state of Rio Grande do Sul, Brazil. 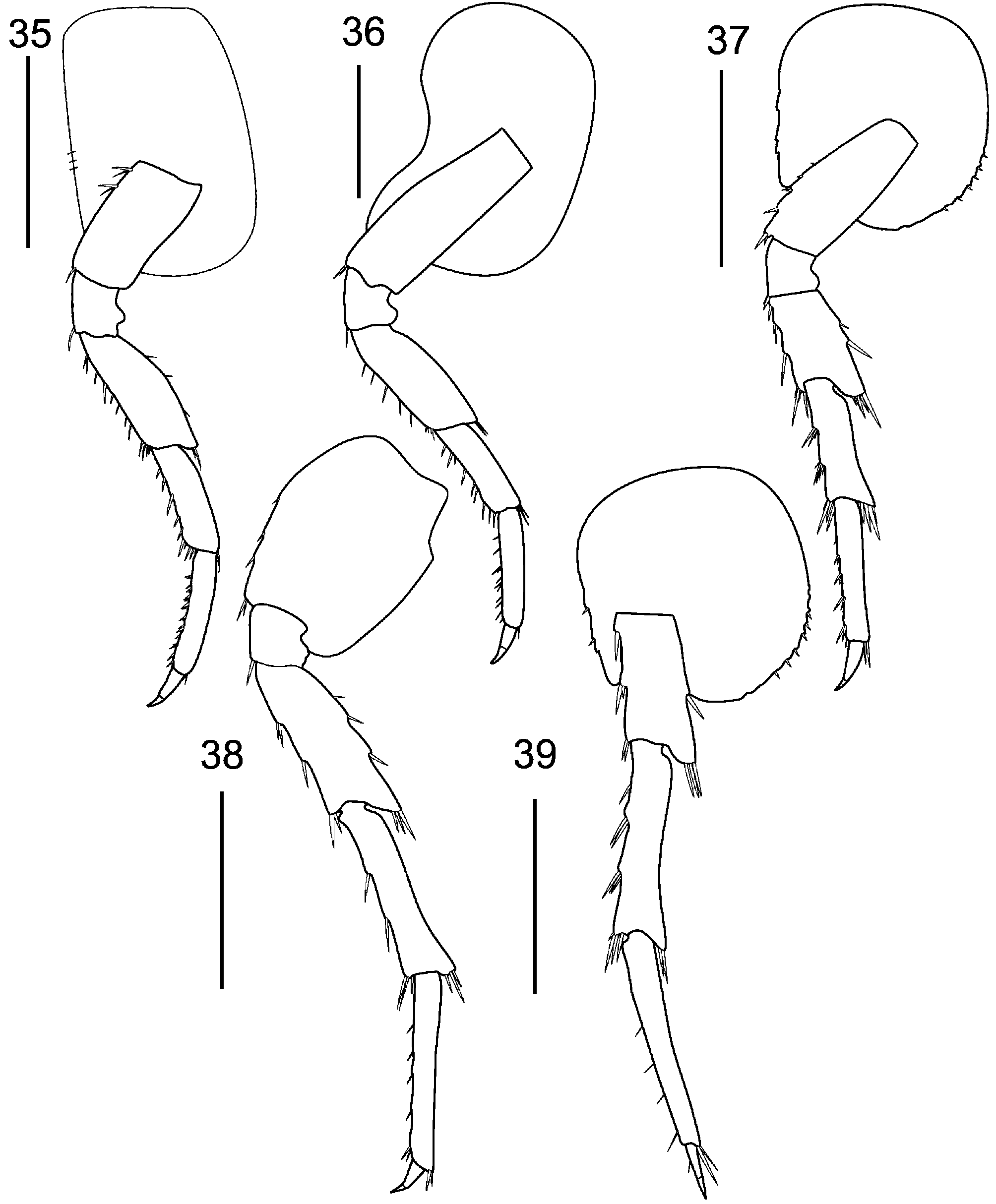 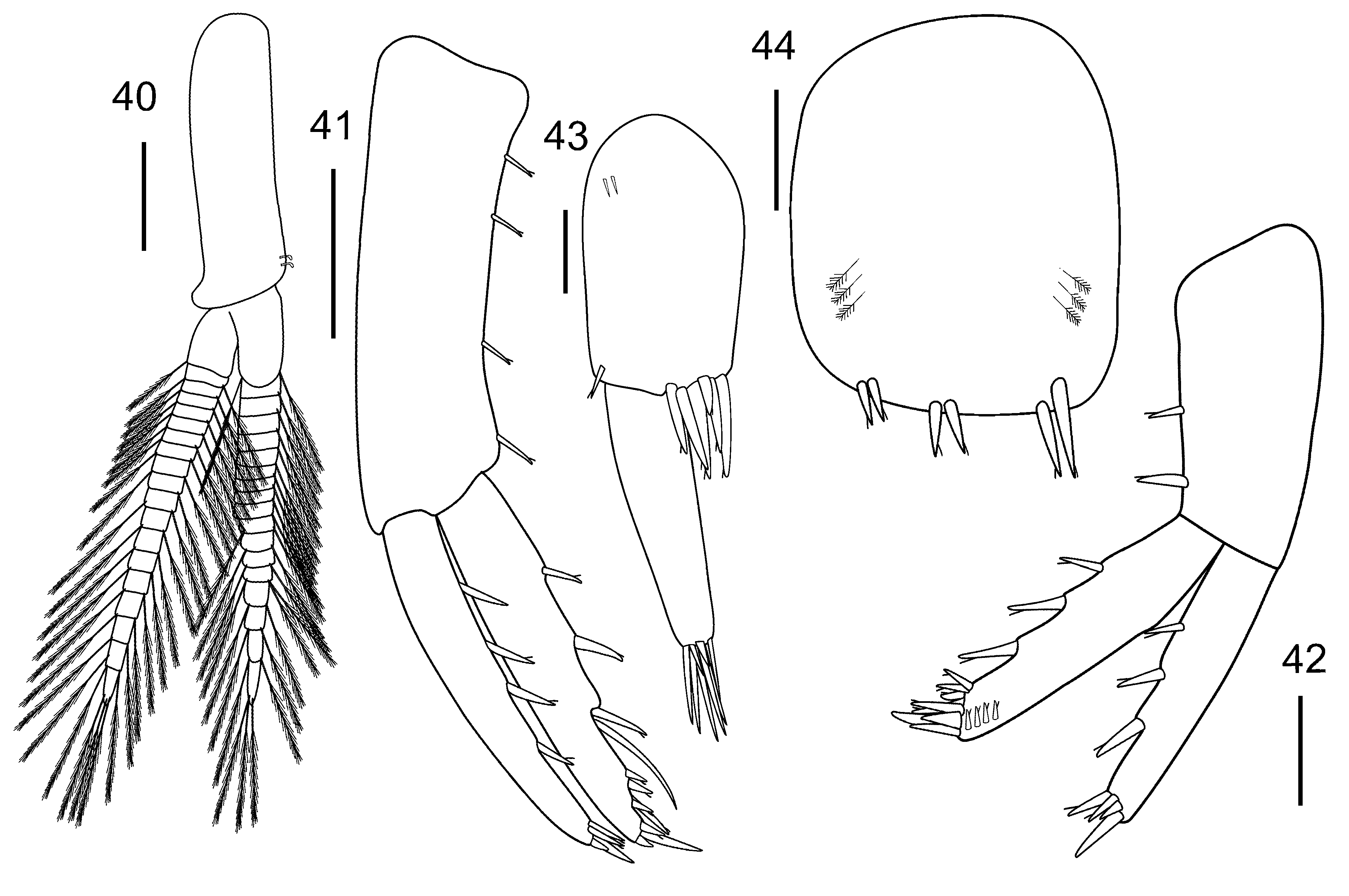 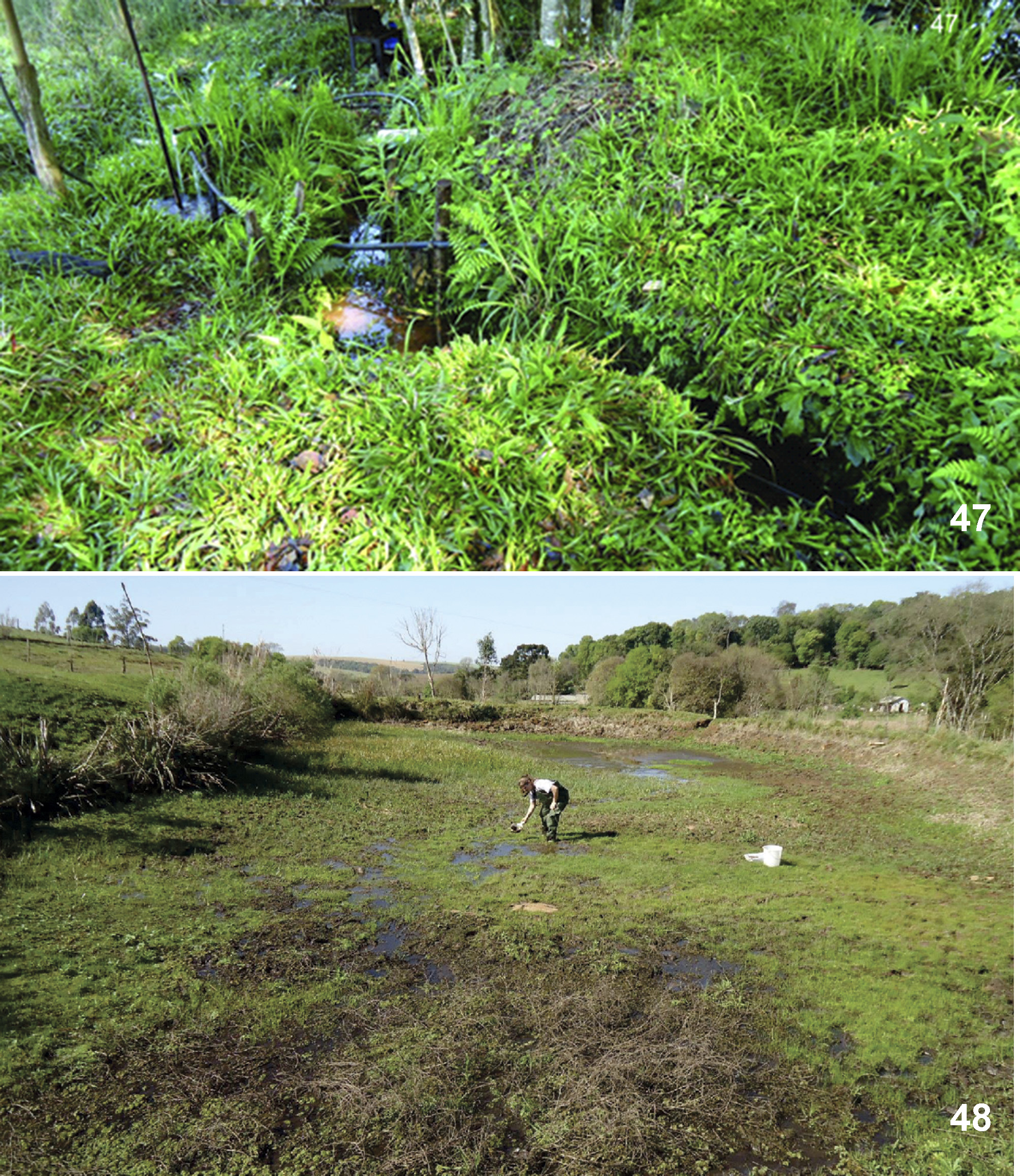 FIGURES 47 – 48. (47) Type-locality of Hyalella georginae sp. n. Streck & Castiglioni, showing the spring shaded by trees and surrounded by grasses and pteridophytes. Note that water of the spring is collected through a pipe by local residents for human consumption. (48) Type-locality of Hyalella gausensis sp. n. Streck & Castiglioni, showing the artificial pond of shallow depth Note the large amount of macrophytes of the genus Salvinia, which are used as shelter for the specimens of the new species.