Description. Spongosorites beringensis  is a massively encrusting sponge. The broader side of the sponge ( Fig. 4AView FIGURE 4) has an almost circular outline, 4.7 cm in diameter in one plane but is more flattened, only 2 cm in diameter, when observed from the side. It has a smooth surface which is irregularly folded with rounded, elongated elevations and narrow depressions in between, somewhat resembling the surface of a brain. The colour is light brown to beige in ethanol, and the consistency is firm, only slightly compressible before breaking. There are no oscules visible. The sponge has a smooth surface. The ectosome contains oxeas of all sizes arranged tangentially but, without order within the relatively thick tangential layer. In sections perpendicular to the surface this ectosomal layer is easily recognizable by the unaided eye and differs from the choanosome by a somewhat lighter colour. The thickness of this ectosomal layer varies between 0.25–2.0 mm. The choanosome also contains oxeas of all sizes arranged in tracts and in confusion between the tracts, as usual for the family. Single choanosomal spicule tracts run into the ectosomal layer and attach choanosome and ectosome.

Discussion. The ectosomal tangential arrangement of oxeas, the presence of oxeas in a wide size range and the otherwise confused arrangement of spicules leave no doubt of the assignment to Halichondriidae  within the Suberitida. We ruled out assignment to Halichondria  because there is always some choanosome attached to removed fragments of ectosome and because we have additional styles to the occurring oxeas. The smooth surface, a firm but compresssible sponge with choanosomal spicule tracts and an ectosomal skeleton which is not easily detachable, comes off in flakes with a part of the choanosome attached, as described by Erpenbeck & Van Soest (2002, p. 790) indicate the genus Spongosorites  , though no aerophobic reaction was documented, as reported for other members of the genus (see Erpenbeck & Van Soest, 2002).

The genus Spongosorites  contains 22 valid species (Van Soest et al. 2017), with no records from the North Pacific Ocean. Here we compare S. beringensis  n.sp. to the six species from the North Atlantic Ocean. Differences in spicule characteristics are provided in Table 2. We did not compare S. beringensis  n.sp. to the Caribbean or Mediterranean Spongosorites  for biogeographical reasons. The discovery of a member of the genus Spongosorites  , not represented so far in the North Pacific Ocean, turns out to be a new species, as could be expected for zoogeographic reasons. The species differs from all North Atlantic species in possessing the largest choanosomal oxeas reported. Spongosorites beringensis  n.sp. further differs from these species presented in Table 2 in the following characteristics:

S. calcicola Picton & Goodwin, 2007  (European Atlantic), a massive, lemon-yellow sponge that has only one category of oxeas which are smaller.

S. coralliophaga ( Stephens, 1915)  (North Atlantic), only one size category of oxeas which are smaller.

styles in both categories

Etymology. Named after the Bering Sea where the holotype was collected. 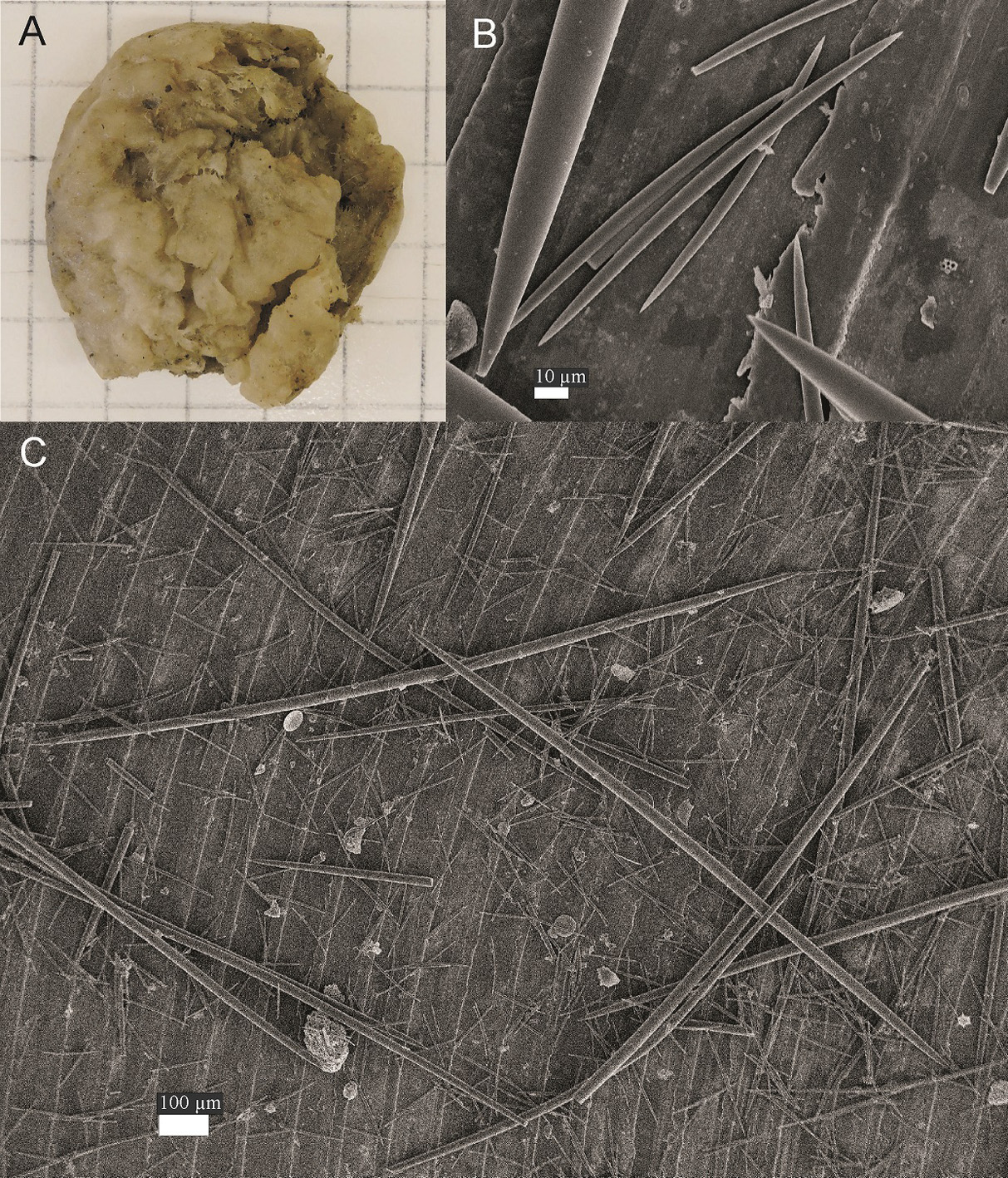