Sternal plastron slightly shorter than broad; sternite 3 1.8 times broader than long, anterior margin convex with small median sinus; Sternite 4 0.4 as long as broad, 2.4 times as broad and 2.8 times as long as sternite 3, with some striae.

Abdominal somites 2–4 each with 2 transverse ridges, ridges on somites 2 and 3 elevated.

Etymology. The new species is named for the type locality from Chinese waters.

Remarks. Galathea sinensis  n. sp. resembles G. tropis Baba, 2005  , G. multilineata Balss, 1913  , in bearing five lateral marginal teeth on the rostrum, lacking gastric spines, and bearing a reduced distomesial spine on the basal antennular article. However, the new species can be distinguished from the latter two species by the Mxp 3 merus having at least four, instead of two, spines on the flexor margin. In addition, the new species differs from G. tropis  in the P 1 having instead of lacking epipods; it also differs from G. multilineata  by the carapace having less transverse ridges on the dorsal surface, the P 1 1.16 times instead of twice, as long as the carapace including the rostrum and the fingers ending distally in incurved spine instead of being distally spooned. The distomesial spine of the antennal article 1 is also different. 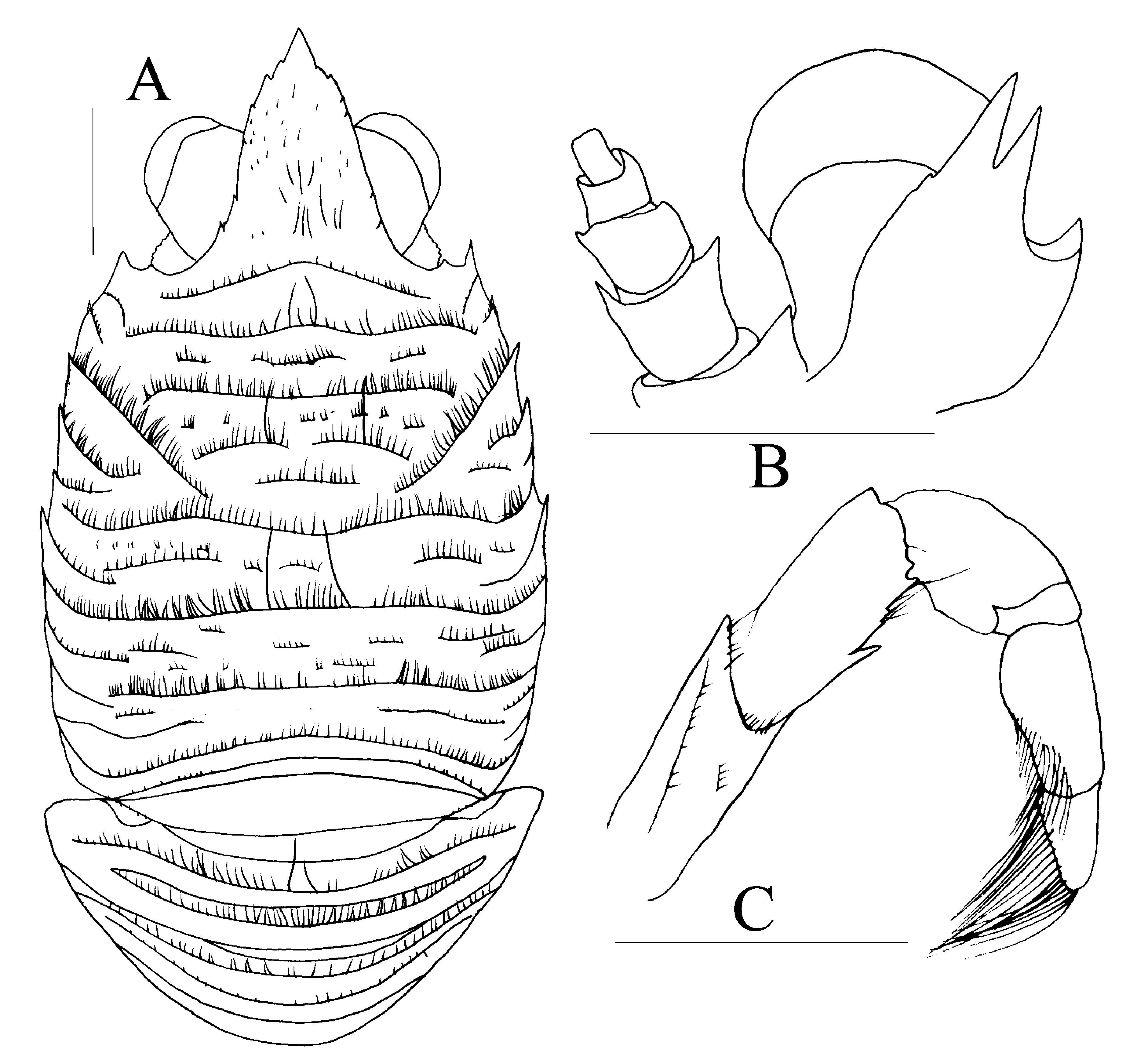 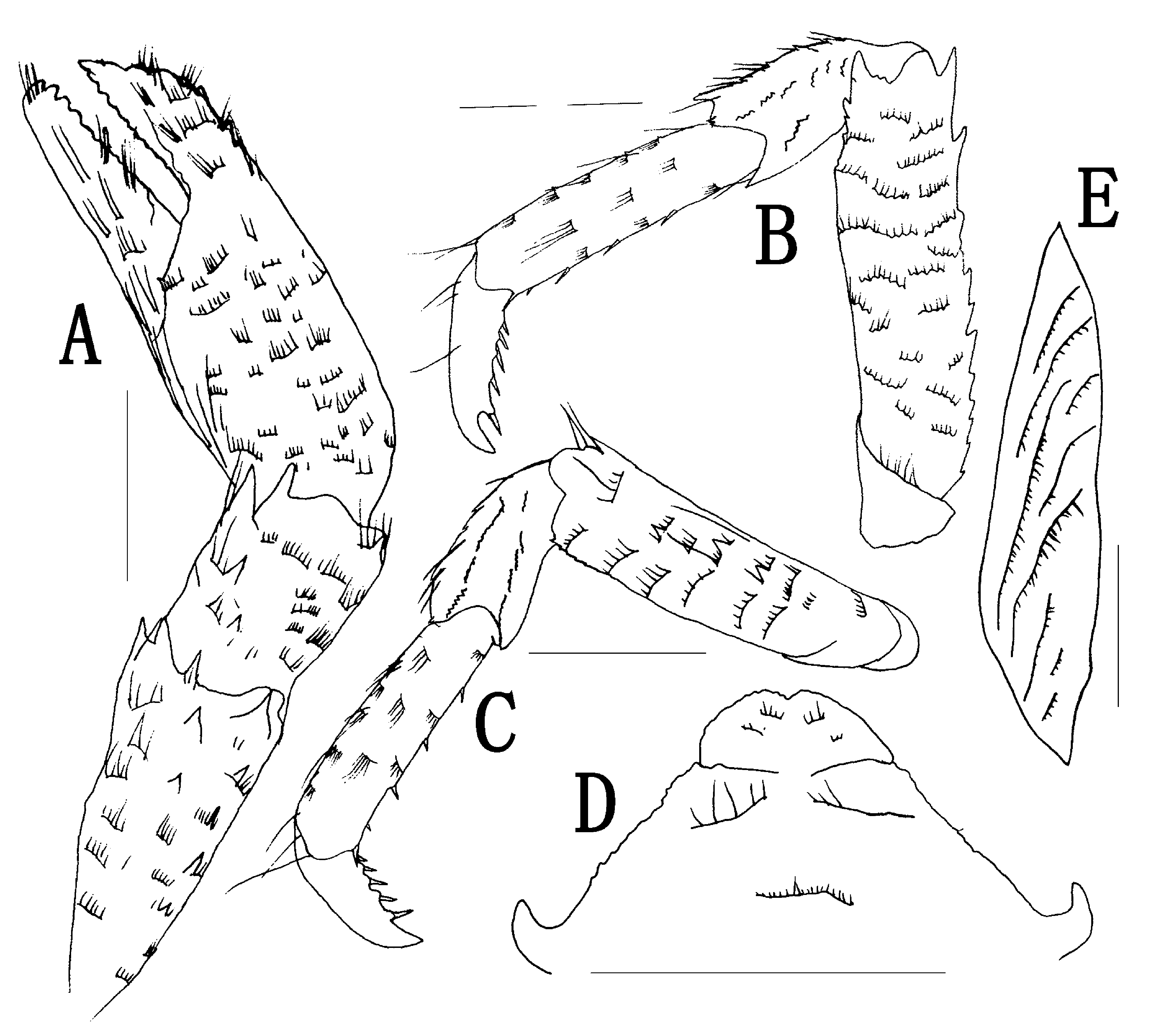