For differences from other relevant species of the (P.) elegans  species-group see under P. (P.) meridionale  below and in the Pogonostoma  monograph ( Moravec 2007).

Frons merging with clypeus in middle and not differentiated from vertex, flat or moderately convex; supraantennal keels consisting of elevated, blunt to acute anterior crest and usually less distinct posterior one; surface irregularly scabrous to alveolate.

Antennae black, in male as long as body or slightly longer, in female somewhat shorter; scape covered with rather dense whitish microsetae and with long, yellow-brown subanterior (easily abraded) setae; antennomeres 2–4 with rather numerous but scattered whitish microsetae, 5–11 with pubescence of greyish microtrichia.

Elytra ( Figs 10–15View FIGURES 10–15) elongate, 6.00– 7.30 mm long; humeri obliquely arcuate; lateral margins almost parallel ex- cept for slightly arched bulge in anterior third of the margin in male, and only indistinctly enlarged towards rounded lateral anteapical angles; elytral apices almost uniform in both sexes, with faint sutural emargination towards indistinct sutural spine, and with right-angled, rarely acute-angled inner tooth between external tooth which is thornlike in male, while blunter and right-angled in female; elytral surface convex with moderate basodiscal convexity delineated by deep discal impression, punctate throughout (except for effaced narrow basal and basohumeral area); punctures large and deep on two elytral thirds, large and almost isolated on lateral areas, deepest, large and irregularly anastomosing by lowered lateral intervals on basodiscal convexity, reduced or partly (never entirely) effaced within discal impression, and again large but only occasionally anastomosing on elytral disc except for much finer and irregular sculpture on limited area along sutures; punctures become smaller, more spaced and with aciculate anterior margins of intervals on posterior declivity and whole anteapical area, but larger and irregular on apices; surface of intervals shiny; setal vesture consisting of nearly erect, copious, moderately long, pale to straw-yellow ornamental setae which are mixed with very sparse, long and erect, whitish hairlike sensory setae, which are very long and numerous on lateral portion of humeri.

Distribution and biology ( Fig. 52View FIGURE 52). The type locality in the Analavelona Massif 46 km northwest of Sakaraha is characterized as a subhumid forest on basalt at an elevation of 700–1325 m. The adults of the new species were caught by the second author on trunks of high but not very large trees at a higher altitude. This uniquely isolated forest, surrounded by dry succulent forest formations at lower elevations, is maintained owing to a condensation of moisture from ascending air. The unique system of the Analavelona Massif encompasses 77 tree and plant families with high level of endemism ( Randrianarivony 2015). As specified by Goodman et al. (2018), the subhumid climate is associated with a local orographic effect on the upper portions of the massif with an average annual rainfall of around 856 mm, 93% usually falling between November and April. The basaltic substrate probably contributes to the persistence of a particularly moist type of forest of the region which justified the massif being the western most extension of the phytogeographical zone known as the Central Domain. Given its multi-layered composition with absence of Uapaca bojeri Baill  trees ( Phyllanthaceae  ), this forest is not sclerophylous woodland, despite its geographical placement. In fact, it has characteristics of medium altitude moist evergreen forest, as of the 75 recognized tree species only four are deciduous. For other details and the list of tree species see Goodman et. al. (2018). Fortu- nately, the main parts of the nice and now newly protected forest have remained almost untouched, being a sacred place for the Malagasy local Bara people, who believe that it is the home of the spirits of their ancestors.

Etymology. This species is cordially dedicated to Madame Natsu Hori, the recently deceased mother of the third author. 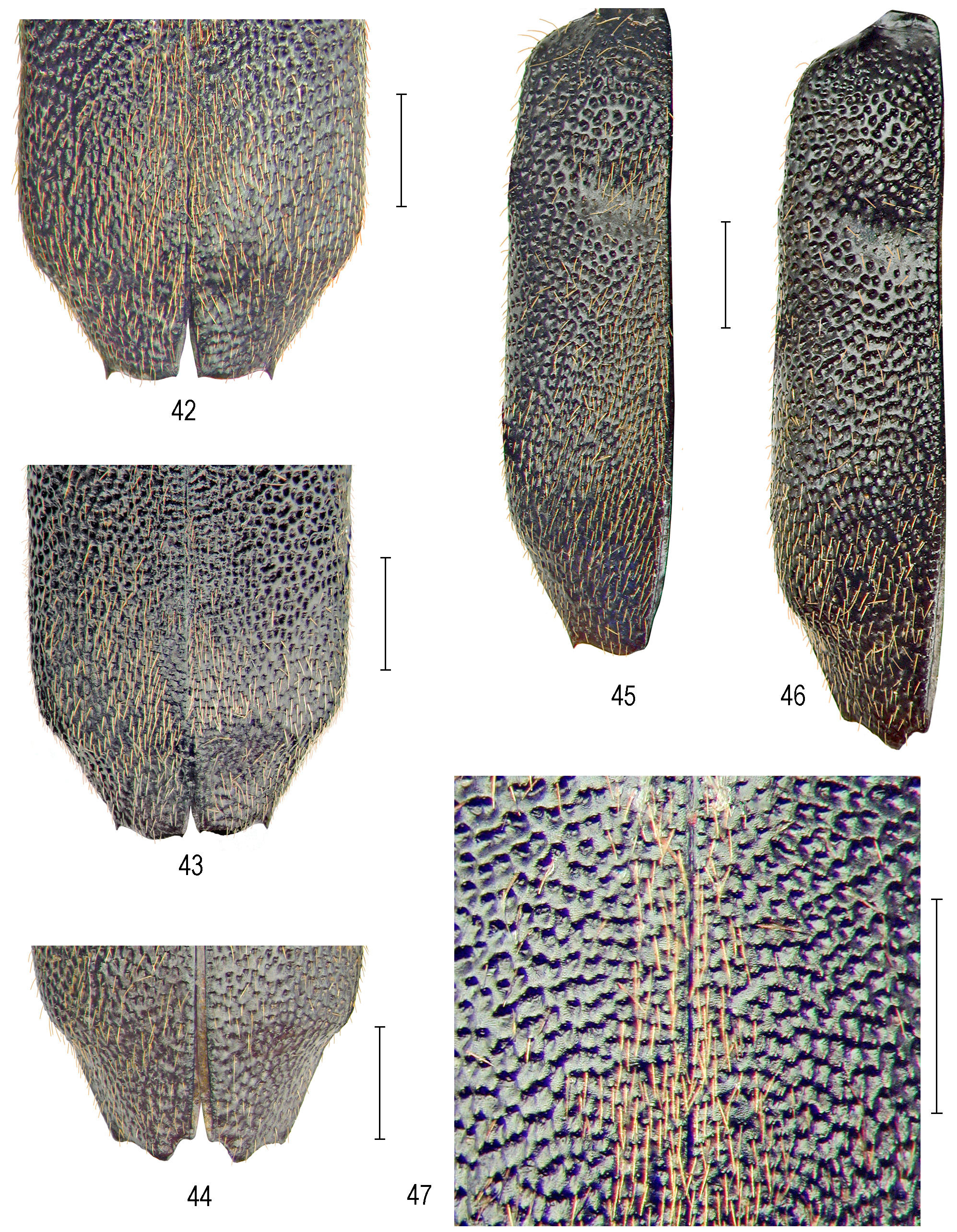