Lepidodermella minor minor  is an insufficiently described species. The head is indistinctly five-lobed. Two pairs of cephalic sensory ciliary tufts, the posterior pair longer than the anterior pair. Two pairs of sensory bristles are present, the posterior pair anchored by double-keeled scales. The dorsal side is covered by rounded pentagonal to hexagonal scales. Because the anterior and posterior parts of two subsequent scales in a column overlap, all scales show a more or less well developed double anterior edge which is more prominent in the posterior trunk region. The specimen was in rather bad shape, and the ventral side could not be sufficiently studied, but the keels of the ventral terminal scales were nevertheless barely visible. Mouth subterminal, pharynx very short and rather thick connected via the pharyngeal intestinal junction (at U 23) to the straight intestine. The Swedish specimen did not show the cuticular teeth present in German and Polish specimens (see Kisielewski, 1981). However, it follows the morphological and morphometric data presented by Kisielewski (1981) very well and it is therefore considered L. minor minor  . 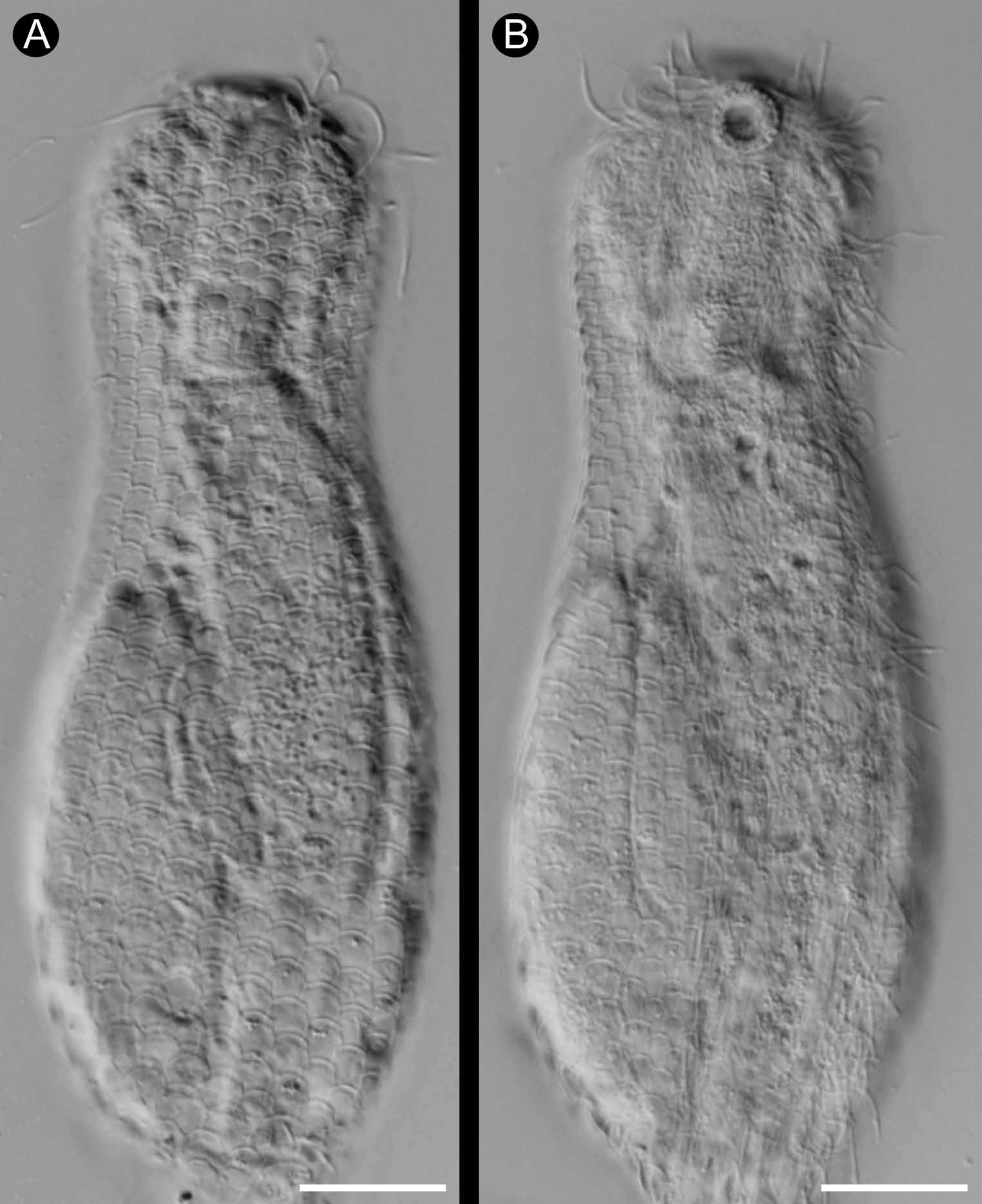