Large sized species with three-lobed head and a thin cephalion. At the posterior end two short styli are present each carrying three setae/bristles, of which one is much longer than the other two. Four pairs of spine groups are present, originating ventrally or ventrolaterally. The three anterior groups consist of spines with two denticles, while the spines of the posteriormost spine group have only one denticle with a small bifurcation at their ends. From anterior to posterior each group consists of 3, 3, 2 and 1 spine/s. The first group is situated in the neck region and has the longest spines. Spines of group 2 and 3 are of approximately equal length. The single spine of the last group is much shorter than those of the anterior groups. Locomotory ciliature consists of five ventral ciliary tufts and three pairs of semi-circular ciliary tufts on the head. Pharynx short but with strong posterior swelling. 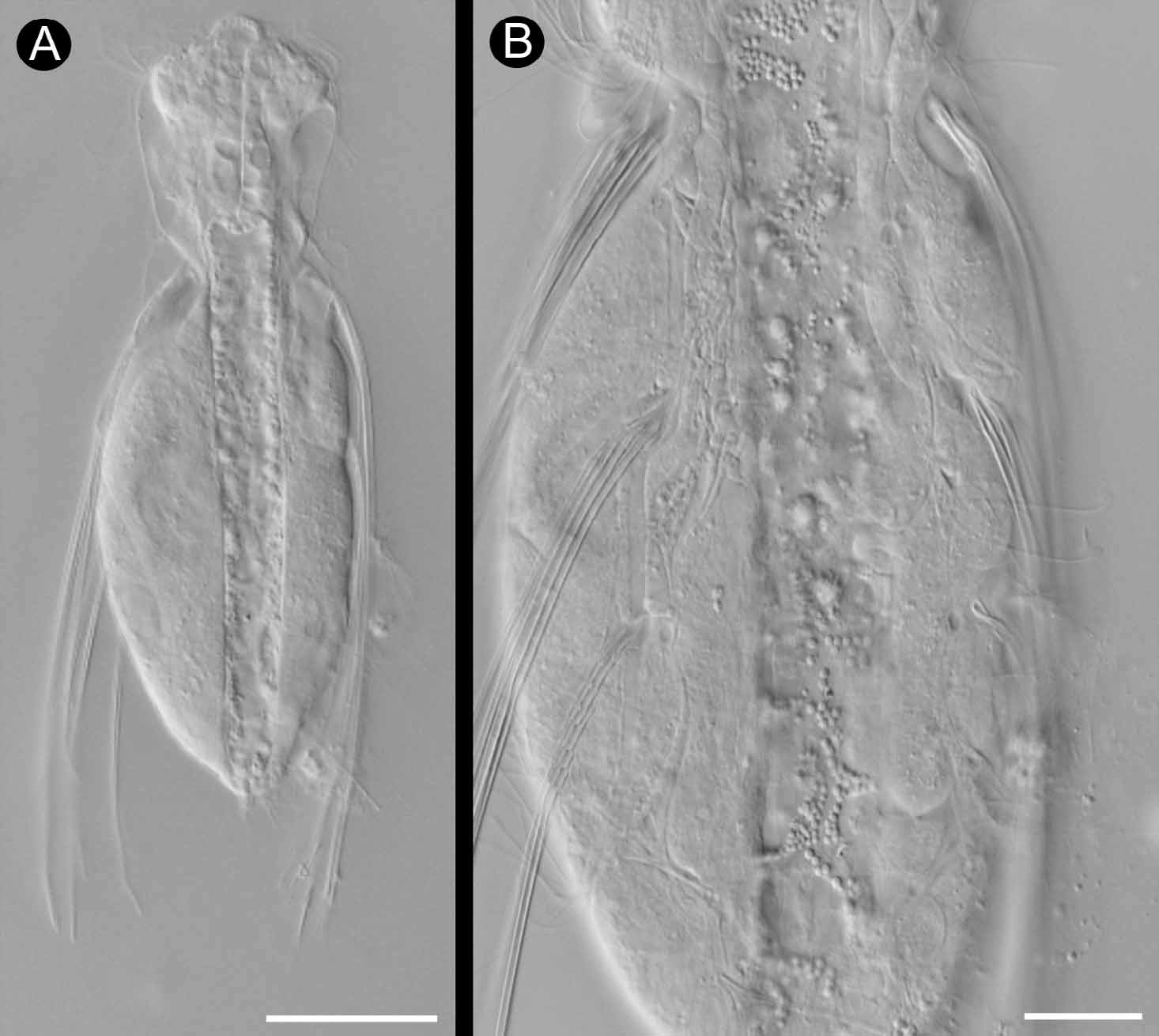 FIGURE 18. Stylochaeta scirtetica. A) Habitus. B) Ventral view showing insertion of four of the five pairs of spine groups. Scale bars: A, 40 µm; B, 15 µm.