A rather slim and elongated species with rounded to weakly three-lobed head. Cephalion well developed. One pair of cephalic ciliary tufts with one cilium considerably longer than the others. Two pairs of dorsal sensory bristles. The dorsal scales are longitudinal elliptical and keeled. The posteriormost scales are keeled but not pedunculated and larger than the others. Ventral interciliary field with a pair of large suboval keeled terminal scales and approximately 10 columns of keeled scales; their borders could not be seen. Ventral ciliation in two longitudinal bands that are further divided on the head, but not merging. Pharynx widens towards the pharyngeal intestinal junction. The Swedish specimens, all in parthenogentic phase with large eggs, fall within the ranges of literature data but are in general larger than most previously recorded specimens. The anteriormost part of the intestine has a granulated appearance, also recorded in Polish specimens ( Kisielewski 1986). 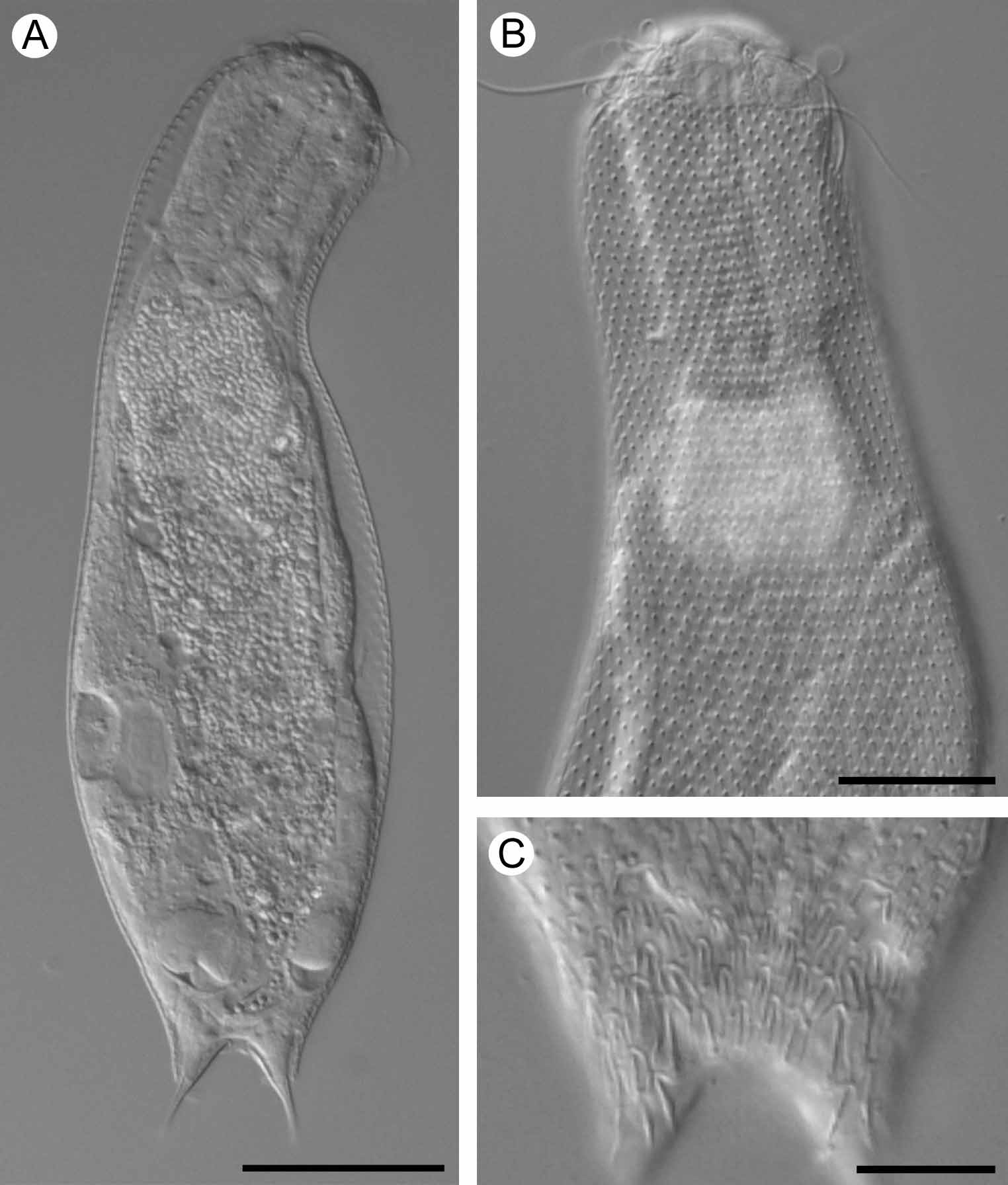