Eusarcus marmoreus   sp. nov. can be distinguished from all species of the genus by having coxa IV with one transversal, proapical, trifurcated and truncated apophysis, with one dorsal apex higher than the other two ventrally-disposed apices. Eusarcus marmoreus   sp. nov. resembles E. berlae (Mello-Leitão, 1932)   , E. sergipanus Hara   & Pinto-da-Rocha, 2010, E. signatus (Roewer, 1949)   and E. sooretamae (Soares & Soares, 1946)   by the presence of a proapical truncated apophysis at coxa IV but can be distinguished by the following characters: unarmed scutal area III, low ocularium with a median spine, femur IV with proventral and retroventral rows of acuminate tubercles increasing in size apically and trochanter IV with only one high (taller than trochanter width) promedian apophysis.

The specific epithet ʻ marmoreus   ʼ means ʻof marbleʼ in Latin and refers to the lithology of the cave where the type specimen was found.

Similar to male, except for leg IV unarmed with only coxa IV having one short proapical tubercle.

Archimides Panssini is a marble cave located in Vargem Alta Municipality (Espírito Santo State, southreastern Brazil). It possesses around 150 meters of horizontal projection, with an irregular topography. The inner cave chamber harboUrs a small amoUnt of water flow. ThUs, organic resoUrces observed in the cave were vegetal debris broUght in by water flow and piles of bat gUano, especially those produced by hematophagous bats. Roots from the external vegetation were also observed in a few areas. Specimens of Eusarcus marmoreus   sp. nov. were found freely walking in the inner cave chambers, usually associated with moistened substrates ( Fig. 10B View Fig ). The Archimides Panssini Cave is also the type locality of the troglobitic palpigrade Eukoenenia spelunca Souza & Ferreira, 2011   ( Souza & Ferreira 2011), which reinforces its relevance. The cave is located in the Atlantic Forest domain, and the external landscape is topographically heterogeneous. The region presents a Cwa climate according to the Köppen classification system, with an average annUal precipitation ranging from 1000 to 1300 mm and an average annual temperature of 20.9ºC. The external landscape is quite altered, especially due to the removal of native vegetation for crops. Furthermore, many quarries for the extraction of marble were observed in the area during the last visit (in 2014) ( Fig. 10A View Fig ), which represents a serious threat for species associated with caves. 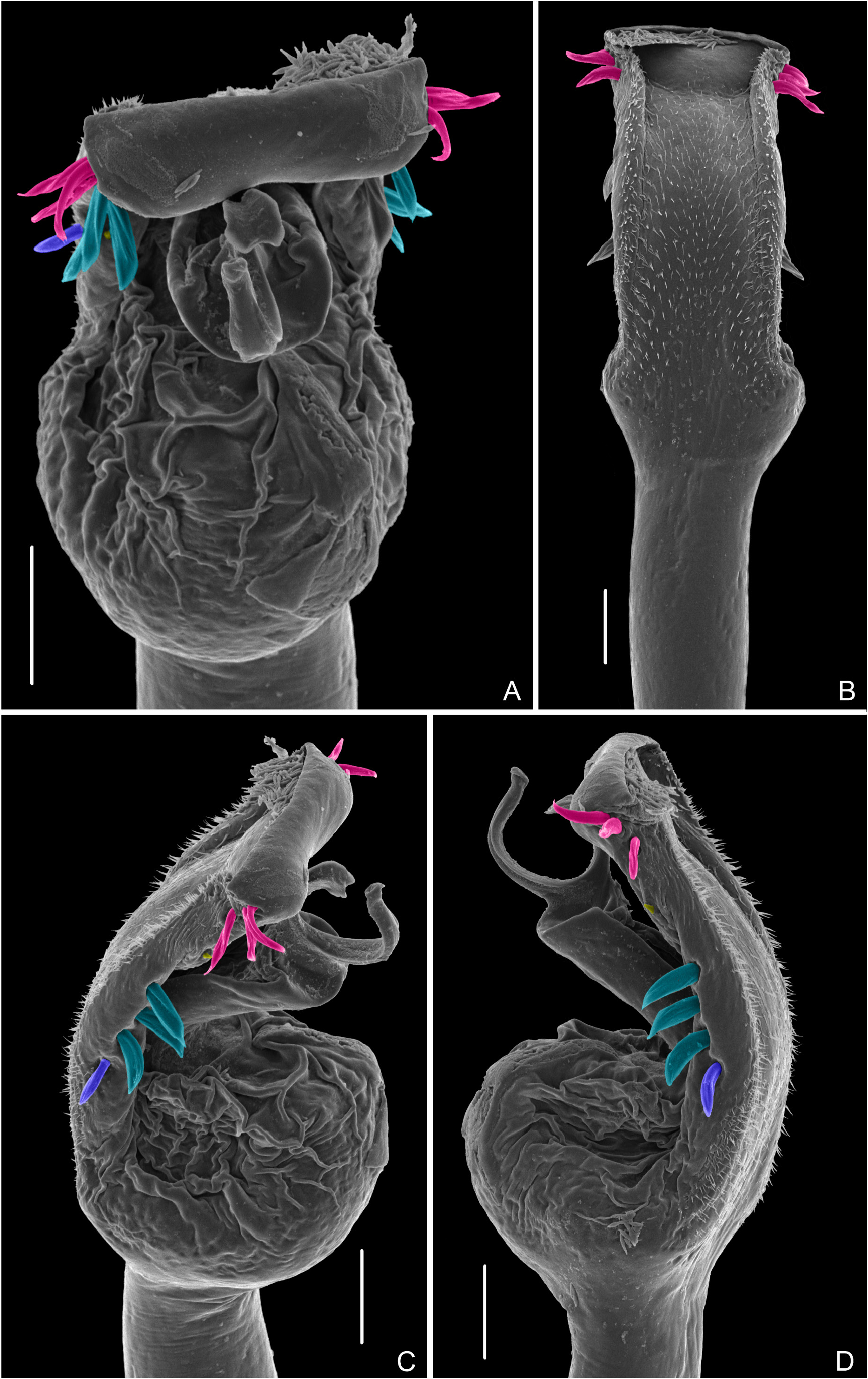 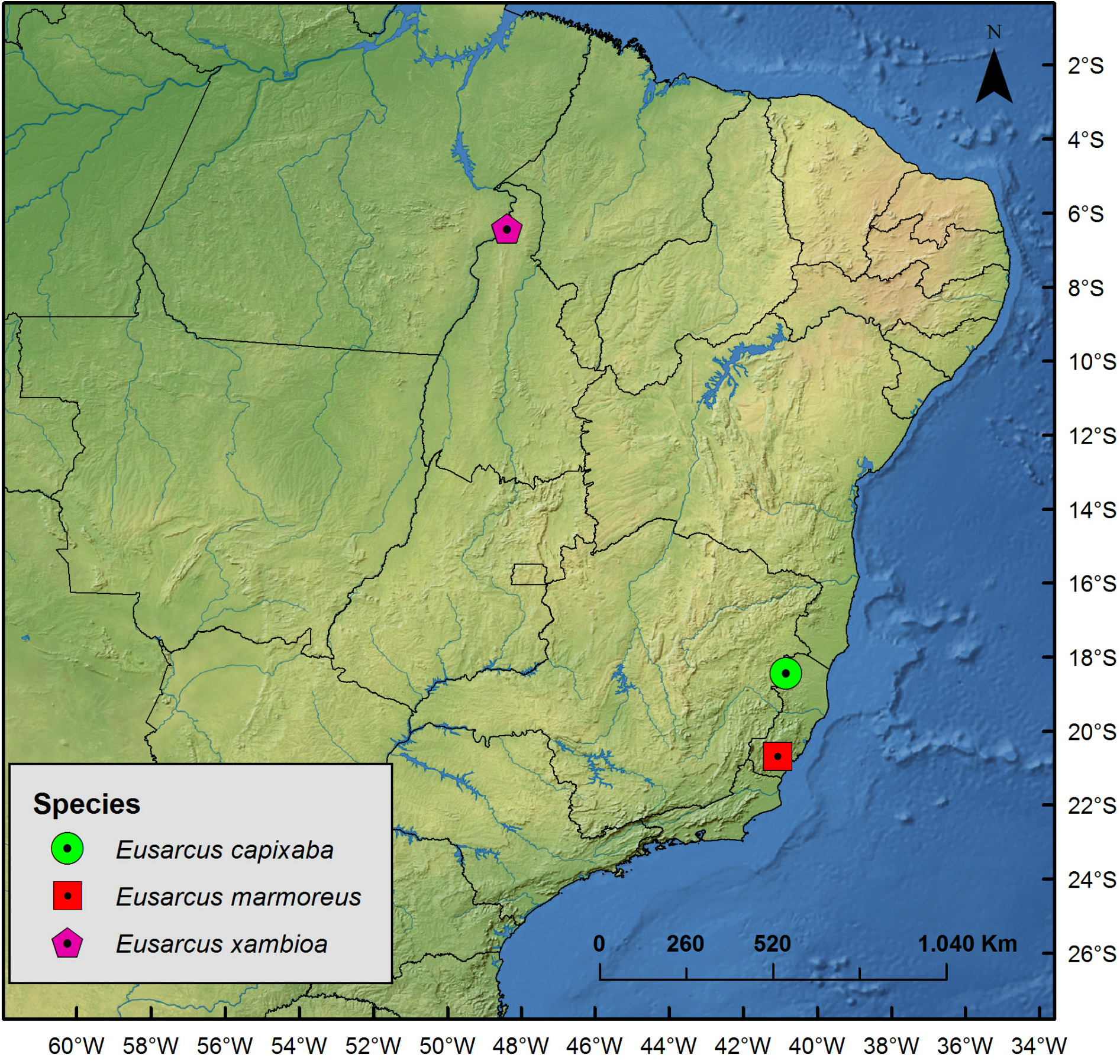