Diagnosis. Argyresthia  resembles Lycophantis Meyrick, 1914  ( Yponomeutidae  ) superficially. It can be separated by the combination of the following characters: the forewing of Argyresthia  has more diverse and colorful patterns, whereas that of Lycophantis  usually has a golden or dark brown area between costa and the fold, and is white on the remaining area ( Cong & Li 2016). The most useful diagnostic characters are their genitalia. In Argyresthia  the socius is covered with scale-like setae and the saccus is paired in the male genitalia, and the signum is usually composed of a basal plate with horn(s) in the female genitalia. In contrast, in Lycophantis  the socius is covered with piliform setae, the saccus is singular, and the signum is composed of many granules but lacking horns.

Biology. Adults of Argyresthiidae  usually exhibit a characterisitc resting posture ( Fig. 78View FIGURES 76 – 83) with the head close to the surface, the hindlegs alongside the abdomen, which rises from the surface by about 45°, and the antennae parallel to the surface and almost vertical to the body. At least 13 plant families are recorded as host plants of Argyresthia  , but hosts are recorded for only about 1/3 of the known species ( Krauss 1965; Silva et al. 1995; Gershenson & Vasiljeva 1996; APG 2009). Twenty-four species feed on Cupressaceae  , 21 on Pinaceae  , 14 on Rosaceae  , six on Fagaceae  , five on Betulaceae  , two on Ericaceae  , two on Salicaceae  , and one species each on Ulmaceae  , Taxodiaceae  , Saxifragaceae  , Sapindaceae  , Myricaceae  , and Melastomataceae  .

Distribution. Argyresthia  is most diverse in the Northern Hemisphere, especially in Europe and North America ( Heppner & Duckworth 1983; Karsholt et al. 2013; Lewis & Sohn 2015), but fundamental concepts of distribution must be modified when considering that the Chinese fauna now includes more than 25% of the world Argyresthia  species. The world distribution and biodiversity of Argyresthia  is analyzed based on the type localities of all species including the new species described herein ( Fig. 11View FIGURE 11 and Table 1). Argyresthia  species are known from all zoogeographic regions, with the highest species richness in the Palearctic Region (49%), the Nearctic Region (22%), and the Oriental Region (17%). Most Oriental species are found in the northern part, with the highest species diversity in southwest China, mainly in Yunnan Province. The known diversity of the Neotropical Region (4%) and the African Region (7%) were documented chiefly by the works of Zeller (1877) on Colombia and Gibeaux (1983a) on Madagascar. Lowest diversity is found in the Australian Region (1%) with only two species known, one from Australia and the other from New Guinea.

Genus Palearctic Oriental Nearctic Neotropical Australian African Argyresthia  1 0 4 3 4 4 9 8 2 1 6 Individual Argyresthia  species are typically restricted to a single zoogeographical region, with a few spanning across two regions. Six species are known from both the Palearctic and the Nearctic regions: A. (A.) conjugella Zeller, 1839  , A. (A.) goedartella (Linnaeus, 1758))  , A. (A.) pygmaeella  ([Denis & Schiffermüller], 1775), A. (B.) cupressella Walsingham, 1890  , A. (B.) thuiella (Packard, 1871)  , and A. (A.) pruniella (Clerck, 1759)  ( Gibeaux 1983b; Agassiz 1996; Agassiz & Tuck 1999; Pohl et al. 2010). Some of these distributions are the result of inadvertent introduction by man. For example, A. (A.) pruniella  was introduced into Europe from North America ( Agassiz 1996). Distribution across two zoogeographical regions is more common in the adjacent Palearctic and Oriental regions, which lies mostly in South China. For example, A. (A.) angusta  , typically known in Kyusyu  , Japan, is also found in Guizhou  , China, but this species does not penetrate deep into the second region. The distribution of the apple fruit moth A. (A.) conjugella  corresponds to the regions of apple fruit production in China, including Yunnan in the Oriental Region . Thus, this pest occupies at least three zoogeographical regions. 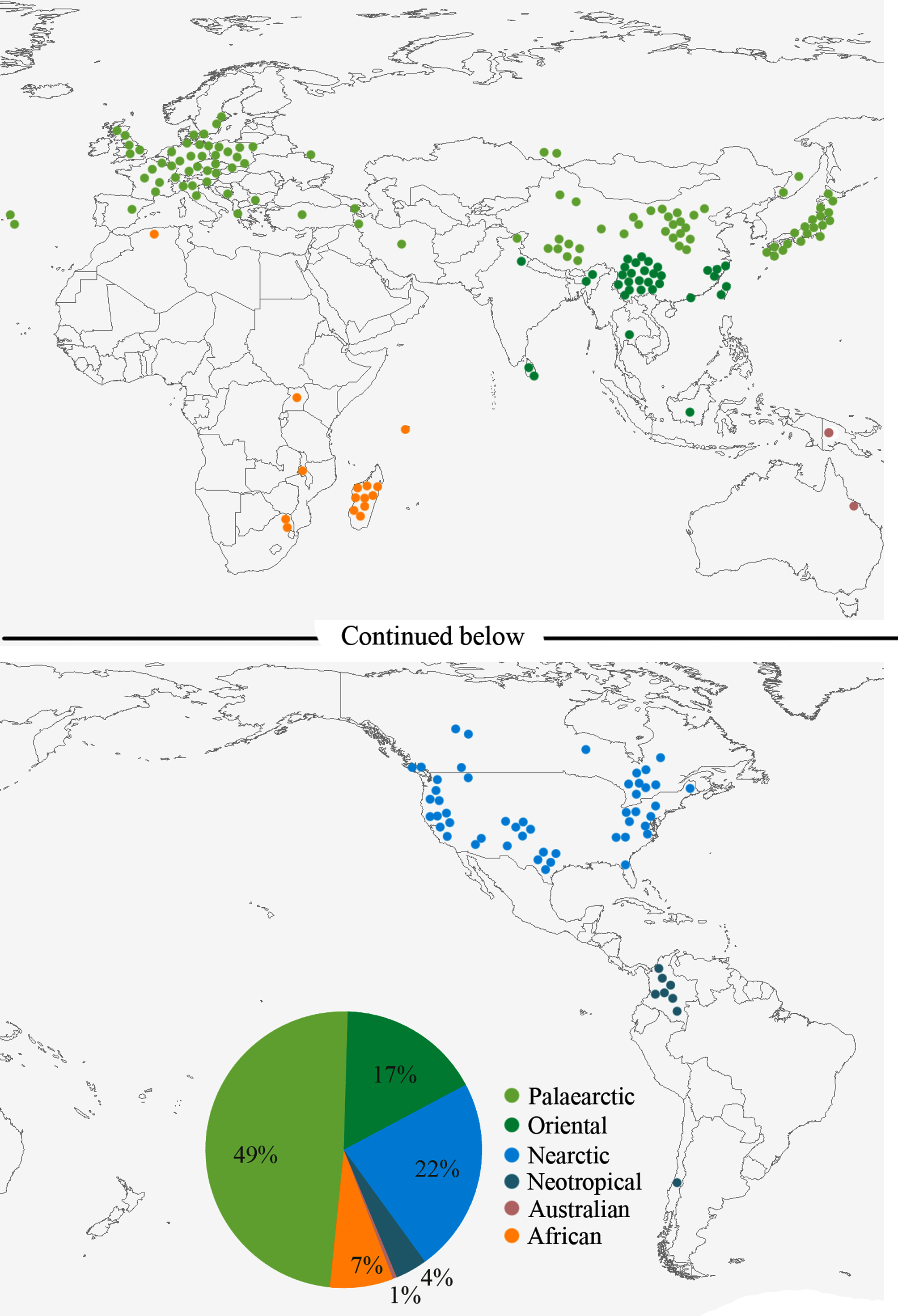 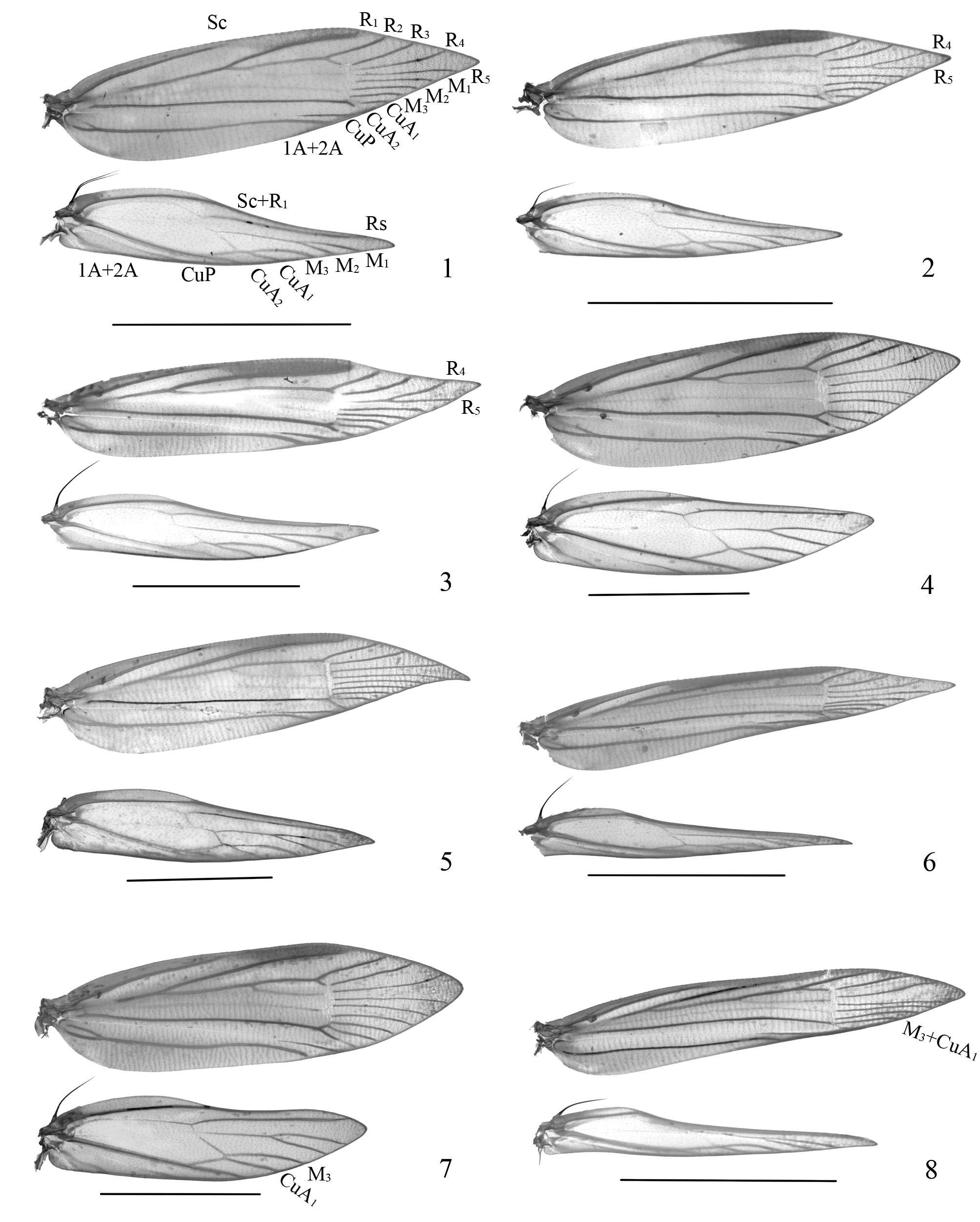 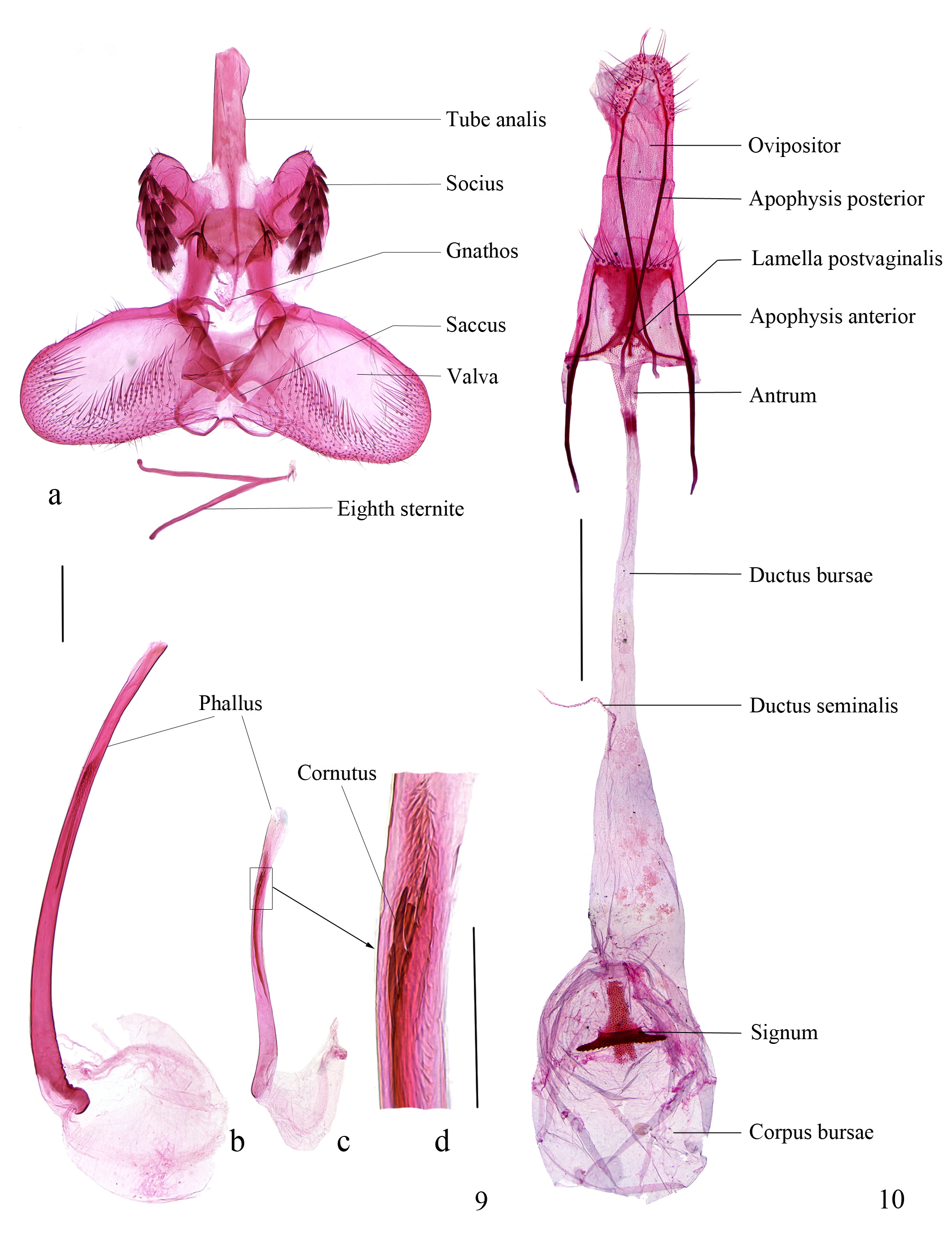 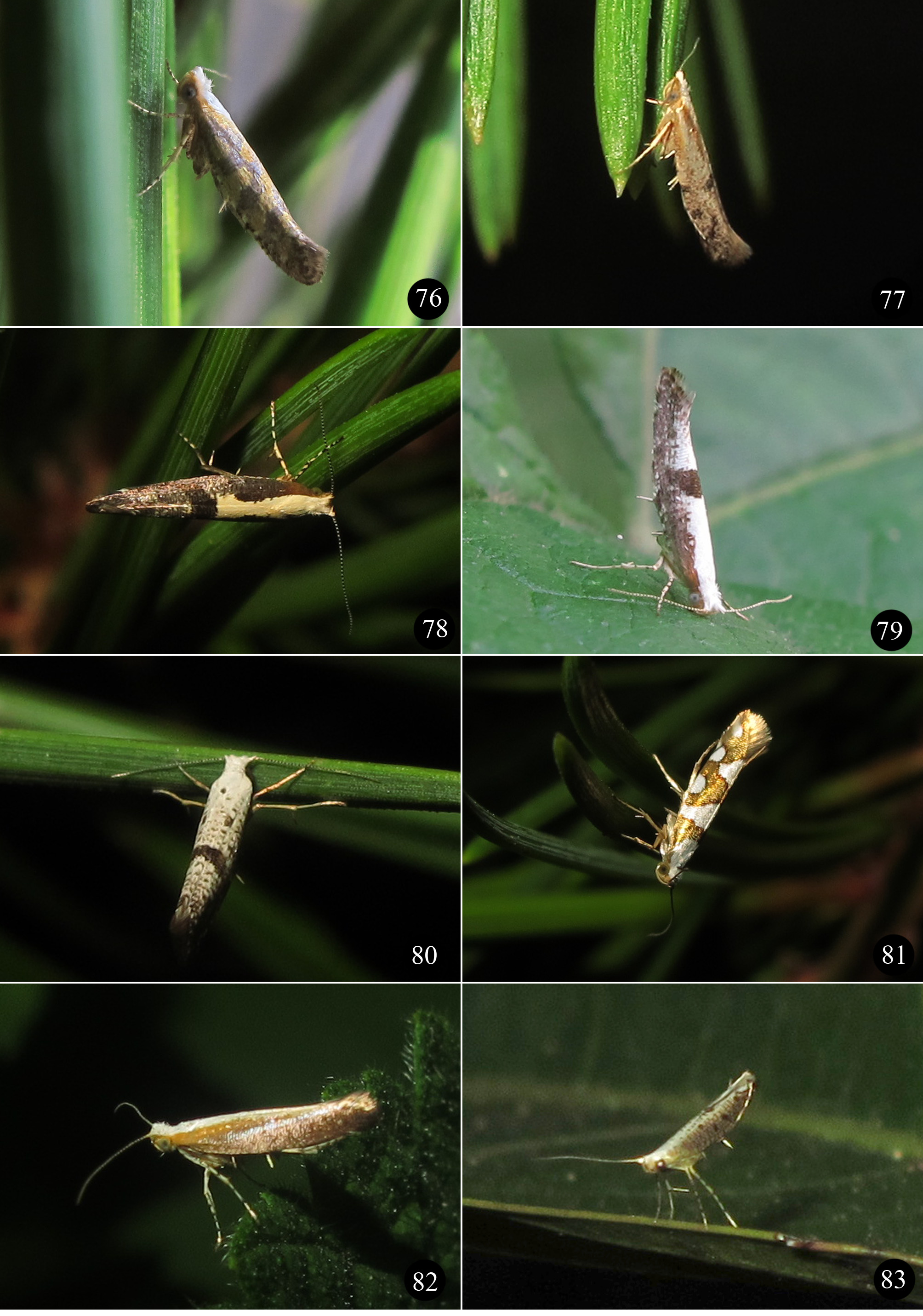