Hayman et al. (1966: 66, map 103) reported specimens from in and near the Garamba National Park (Haut-Uélé Province), from Mwiga and Kamohohora (Nord-Kivu Province) and from Uvira (Sud-Kivu Province). There is one additional specimen from the Garamba Park, which apparently was overlooked by Hayman et al., as were two further specimens from Bwamanda (Sud-Ubangi Province). These two latter specimens are also not plotted by Cotterill & Happold (2013c: 519) on their distribution map. This map indicates that M. midas  occurs in a large number of isolated areas and individual localities, primarily in the eastern and southern part of Africa, and in two small areas in northern Cameroon and southern Burkina Faso, and one locality in northern Senegal. The SDM map also shows a patchy distribution, but nevertheless more extensive, especially in southern Africa, but also in the northern part of the distribution area, extending more northwards than suggested by Cotterill & Happold (2013c: 519). 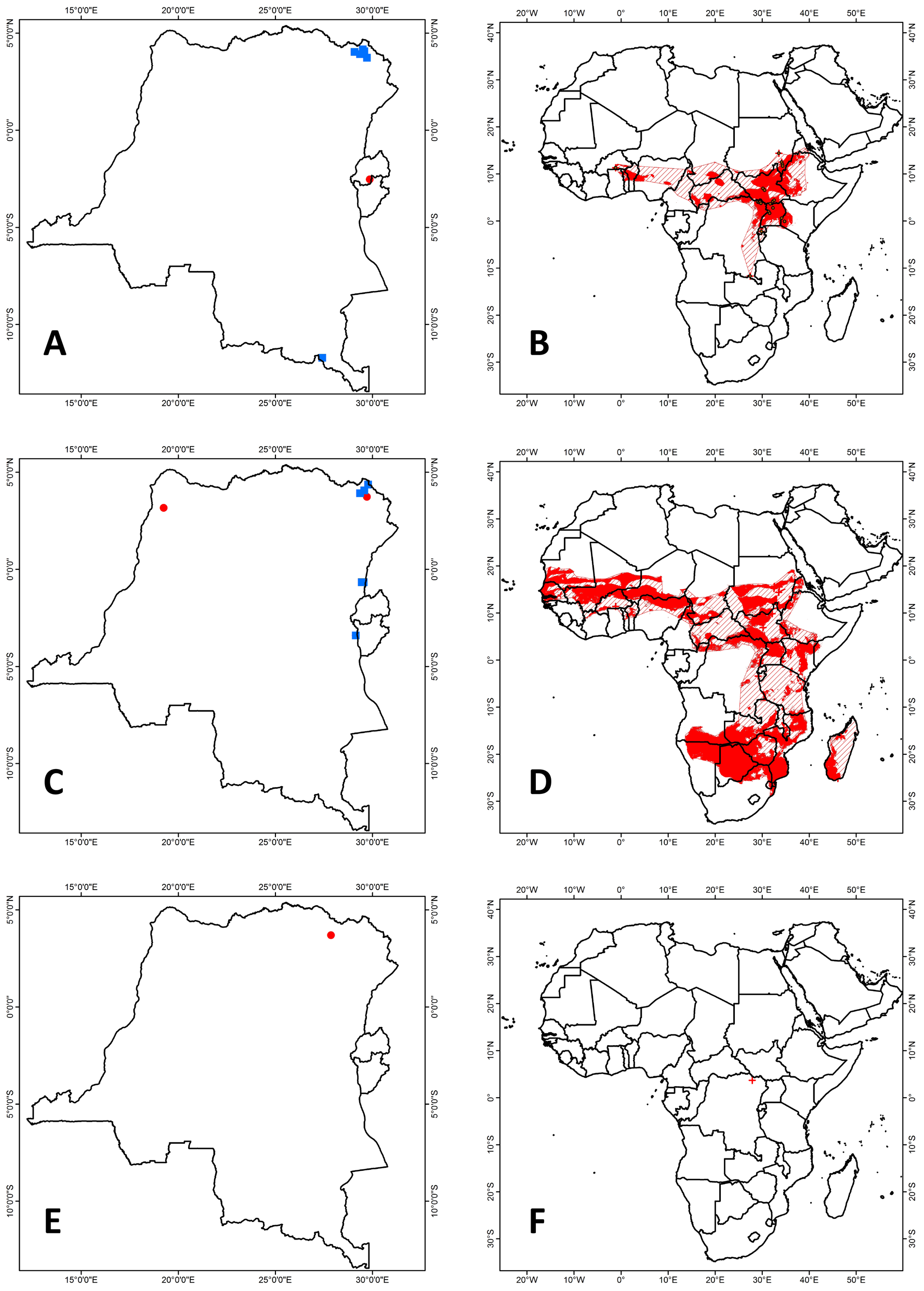