Proboscis narrowest at base, gently inflated in mid-region then narrowing slightly to a rounded tip, oral surface truncate, concave.

*A complete leg previously detached from the body (either first or second leg) was selected for measurement in the absence of a complete third leg.

Etymology. The proposed specific name, Dentatum (derived from the Latin, Dens -tooth), alludes to the prominent teeth on the chela fingers.

Remarks. No other uniunguiculate species of Nymphon  has in combination the oviger bases distinctly separated from the first lateral processes and such a long slender neck. This species shares the elongate second coxa with N. longicoxa Hoek, 1881  but amongst other things it is readily distinguished from that species by the length of the neck.

Many proximal teeth on the chela fingers of the paratype are broken. A long flagella-like epibiont; perhaps a leech, is attached to the dorsal surface of trunk segment 3 of the holotype.

Adhesive threads with single egg and one protonymphon entangled remain attached to segment 5 of one oviger. It is likely that many eggs and larvae were dislodged in the collection process. The protonymphon larva has three pairs of developing appendages representing the chelifores, palps and ovigers of the adult.

Detail of the base of the holotype abdomen is unclear but in the paratype there appears to be an area of wide membrane representing a point of articulation. 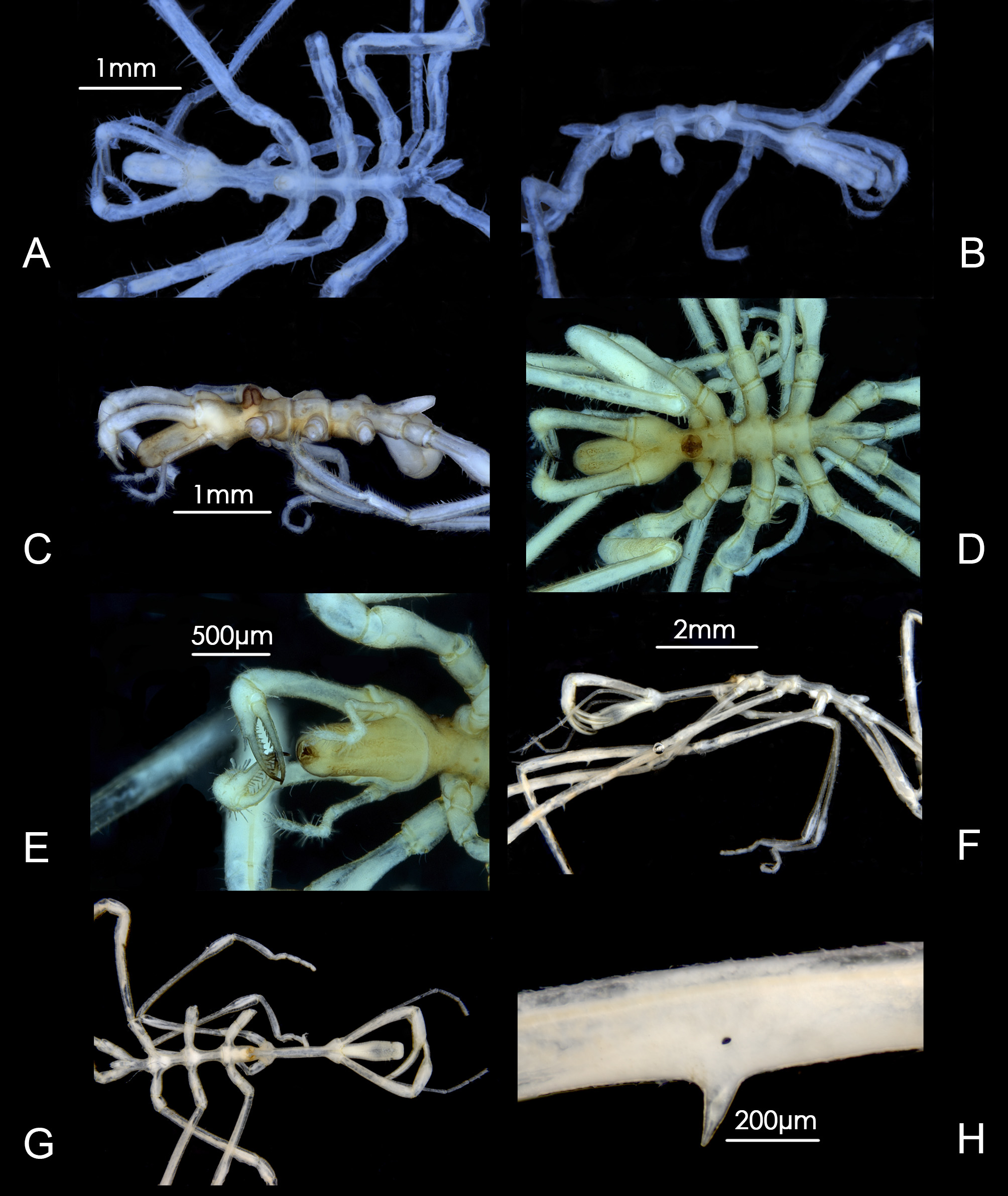 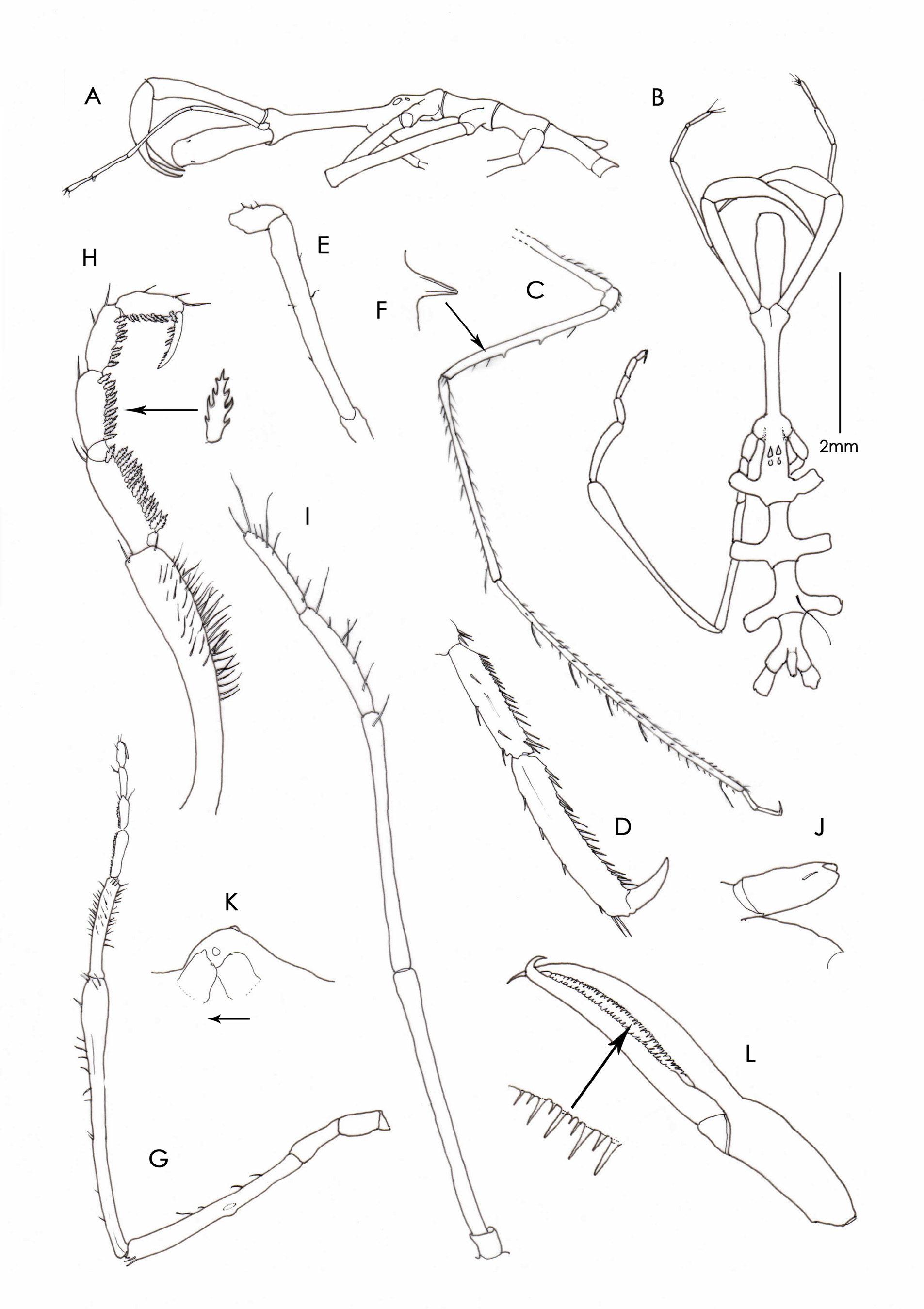