Etymology. This species is named for Prof. Alex Rogers, Principal Scientific Officer for the expedition in recognition of his excellent leadership under sometimes difficult circumstances and for his outstanding advocacy for the marine environment.

Remarks. The larger size of the holotype and complete segmentation of the ovigers suggests that it is a more mature specimen than others in this collection, but it does not possess convincing characteristics of either sex. Cement gland ducts are not present nor does the specimen have an elongate, club-shaped oviger segment 5 indicative of a male. On this basis it is presumed to be a female. Gonopores are not apparent. In comparison to the smaller specimens there are more spines on oviger segments 7 to 10 and on the oviger claw. Spination of legs between specimens is slightly variable.

In addition to the three species described in this paper, only two uniunguiculate species have well developed eyes and the ocular tubercle placed midway between the widely separated first lateral processes and the bases of the ovigers. These species are N. longicoxa Hoek, 1881  and N. prolatum Fage, 1942  which belong to ‘species group 5a’ of Stock’s (1965) analysis of uniunguiculate Nymphon  . The new species does not have the characteristic long second coxae of N. longicoxa  nor the extraordinarily long ocular tubercle and abdomen of N. prolatum  . 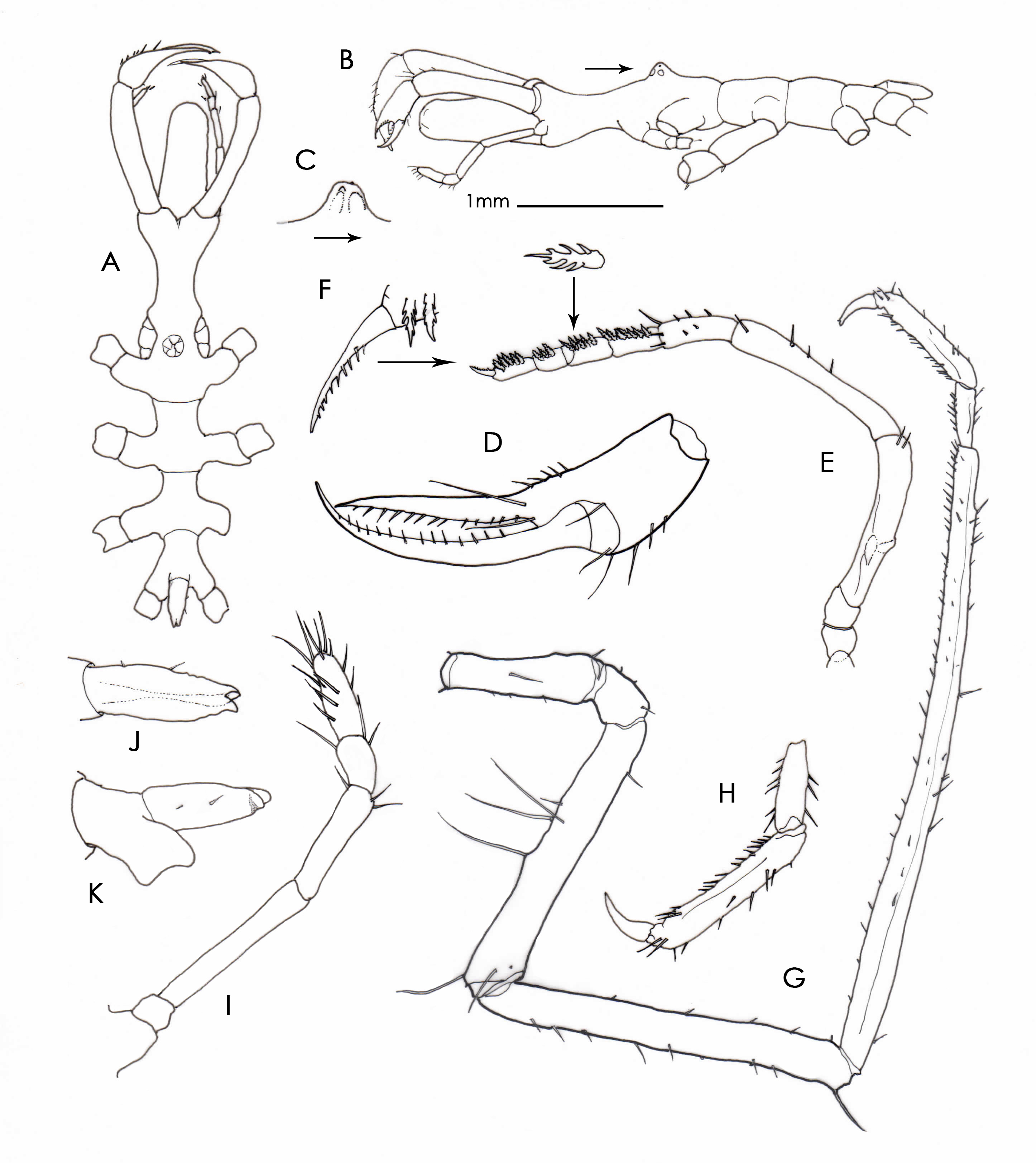