The monotypicmanni species groupis here created to accommodate the species C. manni , formerly a member of the basalis species group. This species was described by Kempf (1951), as an “isolated species” without any defined group. However, De Andrade and Baroni Urbani (1999) included this species in the basalis group.

In the morphological phylogeny, C. manni is the sister species of the rest of the basalis group (De Andrade and Baroni Urbani, 1999, see their Fig. 24 View Figure 24 ), but this species was not included in the molecular phylogeny (Price et al., 2016), which could corroborate its phylogenetic position.

In Brazil, C. manni occurs only in the North Region, in the Amazon Forest, like some species of basalis group, but not in sympatry with other members of this group. 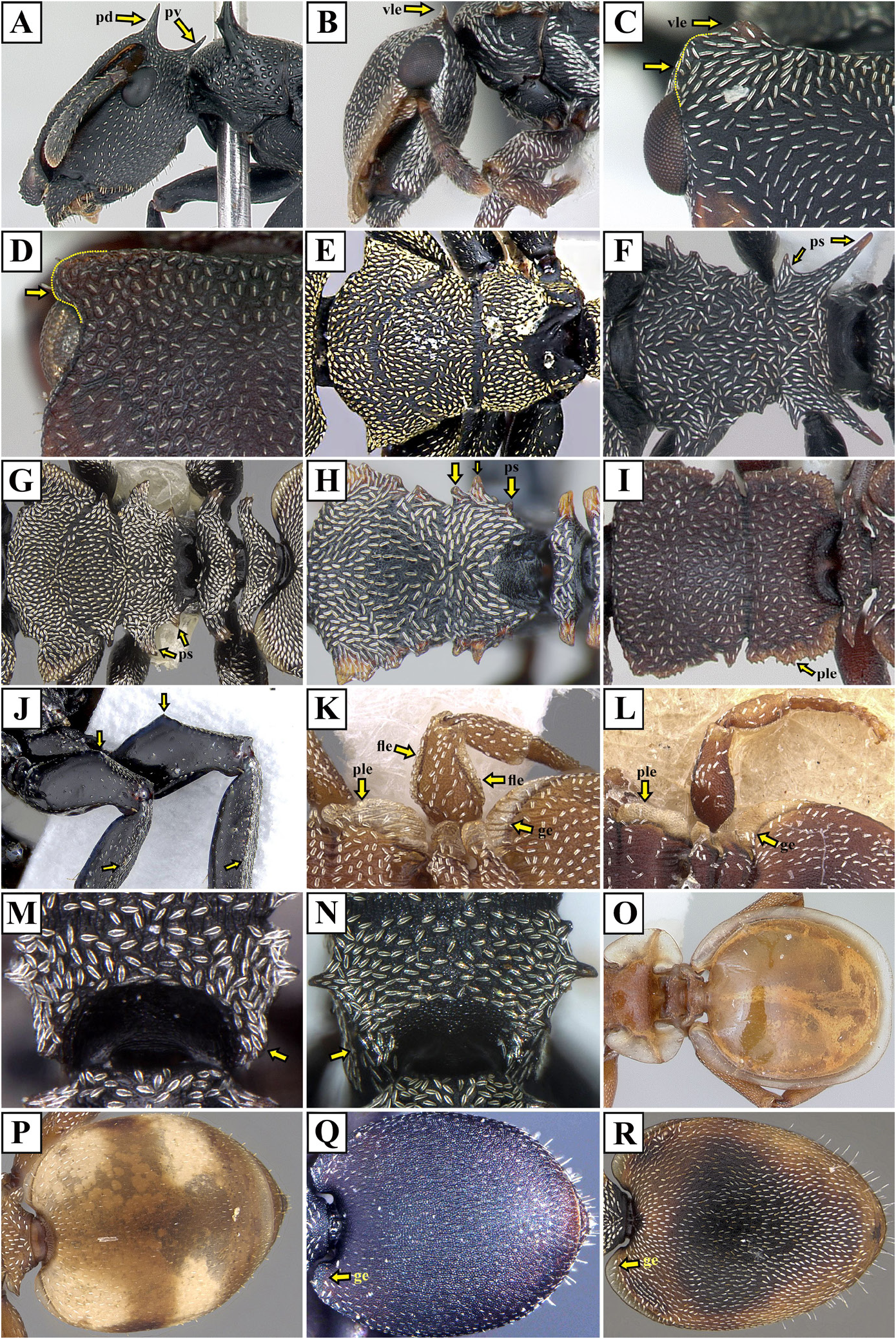